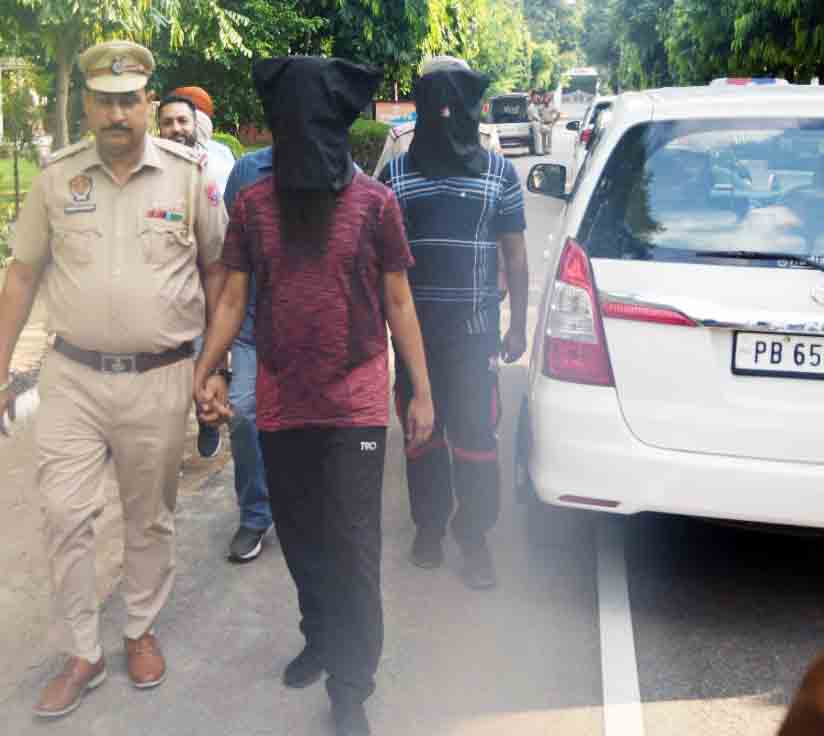 The accused in the custody of the Patiala police on Tuesday.

A political-gangster nexus has come to the fore following the arrest of three persons in the eight-month- old murder case of a former sarpanch in Patiala, who was shot dead in broad daylight. The deceased was allegedly murdered after he decided to support a former Congress MLA instead of the opposite faction in the same party.

While the Patiala police arrested three gangsters, who shot Tara Dutt, the former sarpanch of Jhill village, another gangster was arrested by the Special Cell of the Delhi Police. The weapon recoveries made in the particular case have baffled the cops.

While the Patiala police arrested three gangsters, who shot Tara Dutt in broad daylight, the former sarpanch of Jhill village, another gangster was arrested by the Special Cell of the Delhi Police. The weapon recoveries made in this particular case have baffled the cops.

“A team led by CIA in-charge Shaminder Singh camped in Uttarakhand and Uttar Pradesh for over 20 days to crack the murder case,” said Pareek. “We have recovered two weapons made in Belgium and Italy from the accused in addition to two country-made arms,” he said.

On January 11, 2022, Tara Dutt, a resident of Tripuri, was overseeing the construction work of his new house at Vikas Colony when unidentified men allegedly pumped five bullets into Dutt. He was declared dead.

Sources in the police confirmed that Kharoud and Tara Dutt were associates, but had parted ways as both wanted to make inroads into politics. “While Kharoud got close to a senior Congress leader, Tara Dutt got close to their rival camp, which led to an altercation that later turned bloody,” they added.

The SSP refused to divulge any details about any political rivalry, but said they would seek custody of Kharoud from the Delhi Police soon. “Details about acquisition of foreign-made weapons and actual shooters will be known, once he is grilled,” said Pareek.

CIA in-charge Shamindser Singh said the gangsters would be questioned about their links with other gang members from Haryana and other states. “There is a need for a thorough probe due to the recovery of weapons and registration of an attempt to murder case against them in Bihar,” he said.