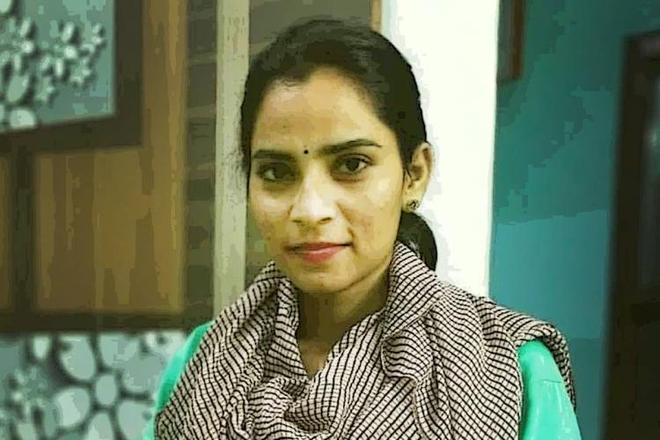 Members of farmer unions, Khet Mazdoor Union and Association for Democratic Rights in the state have raised pitch for the release of labour rights activist Nodeep Kaur, who was arrested on January 12 by the Haryana Police near the Singhu border for protesting against a firm. She remains lodged in a jail in Karnal since then.

The Sonepat police, meanwhile, have denied that Nodeep Kaur was assaulted by them. They alleged Nodeep and her associates had resorted to violence and attacked a police team which had gone in connection with the gheroao of the unit

Lawyer Meena Harris, the niece of US Vice-President Kamala Harris, had also recently tweeted about Nodeep’s alleged assault in the police custody and demanded her release. After Harris’ tweet, the matter has suddenly got the international attention and many other renowned figures on social media have condemned the incident and demanded her release.

Weird to see a photo of yourself burned by an extremist mob but imagine what they would do if we lived in India. I'll tell you—23 yo labor rights activist Nodeep Kaur was arrested, tortured & sexually assaulted in police custody. She's been detained without bail for over 20 days. pic.twitter.com/Ypt2h1hWJz

Shingara Singh Mann, president, BKU (Ugrahan) Bathinda unit, said: “We condemn the arrest of Nodeep Kaur who is a fierce activist of labour class and Dalits and fights for the protection of their rights. We demand her immediate release and want strict punitive action against those who framed her.”

Jora Singh Nasrali, state president, Punjab Khet Mazdoor Union, said: “We have extended full support to the farmers’ agitation. We condemn any sort of atrocities on the labour class or for that matter anyone. We strongly condemn the arrest of Nodeep and demand her release.”

Nodeep Kaur, an advocate for Dalit & Worker rights from Punjab, was picked up by police 21 days ago for supporting farmers. She's been tortured & sexually assaulted in custody. She was denied a medical exam & bail. Calling on leaders to raise their voice for her. #FreeNodeepKaur pic.twitter.com/B96nJOV1Zl

Professor AK Maleri, state president, Association For Democratic Rights, said: “Her arrest and assault is nothing but a clear attempt at suppressing the voice of dissent.”

The Sonepat police, meanwhile, have denied that Nodeep Kaur was assaulted by the police. They alleged Nodeep and her associates had resorted to violence and attacked a police team which had gone in connection with the gheroao of an industrial unit and manhandling of the staff or management by certain members of the Mazdoor Adhikar Sangathan. They claimed seven of the police personnel, including a woman constable, sustained injuries.

My Sister Nodeep Kaur has been kept in jail since January 12 and Shiv Kumar from January 23. They were tortured. Because nodeep, Shiv kumar and the worker organization have shown the courage to expose the loot of farmers and laborers.#ReleaseNodeepKaur #ReleaseShivKumar pic.twitter.com/SUztBeE7jl