Funds of Punjab being squandered on ads in Gujarat: Sukhbir Badal : The Tribune India

Funds of Punjab being squandered on ads in Gujarat: Sukhbir Badal 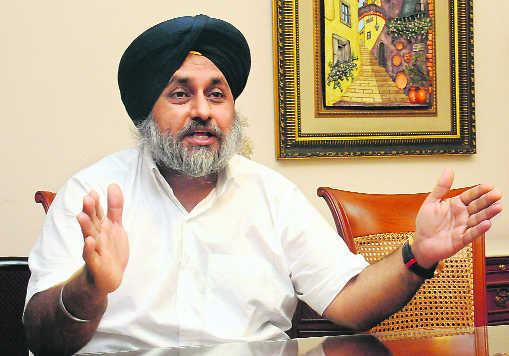 Asserting that public funds could not be squandered in this manner, the SAD chief demanded an immediate stop to all advertisements being issued by the Punjab Government in Gujarat to woo the electorate in the run-up to the Assembly elections.

“No government in the history of Punjab has derided itself in this manner and hurt Punjabi pride and prestige by using government funds to advertise the achievements of a second state in a third state for electoral rewards,” said the SAD chief.

The Akali leader said it was shocking that the Bhagwant Mann-led government was eulogising Aam Aadmi Party convener Arvind Kejriwal in Gujarat and Himachal Pradesh with advertisements worth several lakhs every day on social media. “The government has already spent a few hundred crores on this exercise and has kept a budget of Rs 700 crore in the current financial year for this propaganda, which includes paid news,” he said.