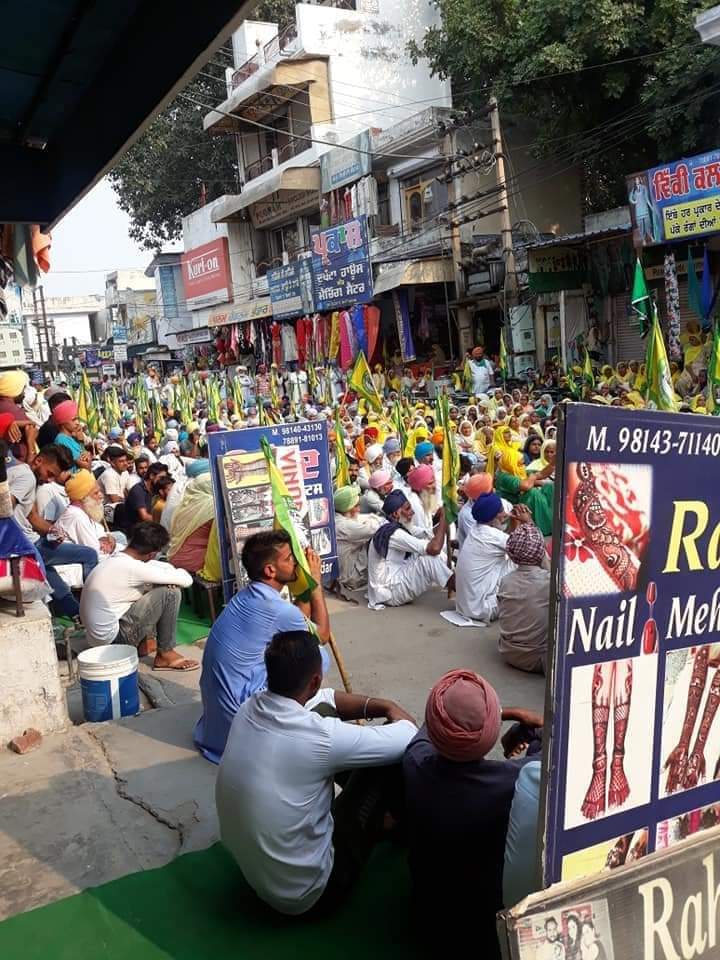 Farmers hold a dharna outside the residence of a BJP leader in Sunam. Tribune photo

Irate over the treatment meted out to them by the BJP government in Delhi yesterday, leaders of farmer unions in Punjab have vowed to intensify their stir in the coming days. The unions will be continuing their protests on the railway tracks till October 20, where Rail Roko campaign is on since October 1, while taking the fight to the streets of urban areas.

The BJP leaders — district presidents, MPs, MLAs — both present and past — will be gheraoed and held captive in their residences as farmers move to start “pucca dharnas”.

OPDs, elective surgeries to resume in Punjab; govt schools to open from Monday

'All stakeholders were taken into confidence on farm laws,' says Smriti Irani

Businesses owned by two large corporate houses, including their petrol pumps, will not be allowed to operate. Their retail businesses will also be gheraoed by farmers, as will the toll plazas on national and state highways operated by these corporate giants.

While BJP leaders are at the farmers’ receiving end because of the agriculture laws, especially The Farmers Produce Trade and Commerce (Promotion and Facilitation) Act, enacted by their party’s government at Centre, the action against corporate houses is being taken on the apprehension that they are the intended beneficiaries of the laws aimed at corporatisation of agriculture.

Other than this, some farmer unions have also decided to burn effigies of BJP leaders in urban areas, on October 17. A final decision on these was taken by the unions, after their marathon meeting, held here today.

Rajinder Singh Deepsinghwala, vice president of Kirti Kisan Union, said they have once again allowed the re-entry of Lakhowal faction of Bhartiya Kisan Union into the fold of the 30 farmer unions.

This faction was earlier dropped from the consortium after they approached the Supreme Court of India against the agriculture laws, without the consent of other unions.

Efforts will also be made to involve all workers’ unions in the state to support farmers in their protest. Already several unions, including teachers unions, some employees unions, arhtiya unions etc., have been extending support to farmers.

Farmers are just sitting outside, restricting the entry and exit of these leaders from their houses.