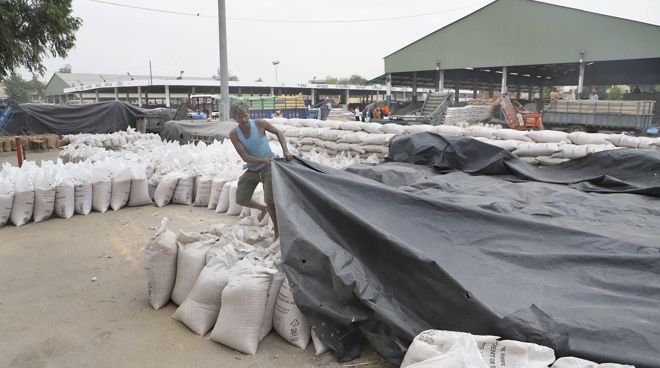 A labourer covers wheat sacks as it drizzles in Jalandhar. Sarabjit Singh

He alleged wheat sacks were piling up in the mandi and farmers were not being paid as per the promises made by the government.

After interacting with farmers and arhtiyas, the MLA claimed there was no such delay in the lifting of any crop under the previous Congress government.

Jakhar said: “Last year, 16 lakh bags of wheat had arrived in the mandi to date. Till last evening, the seven lakh bags of grain had arrived, of which four lakh were yet to be lifted. —