In a letter to party chief, says Channi govt must fulfil all promises 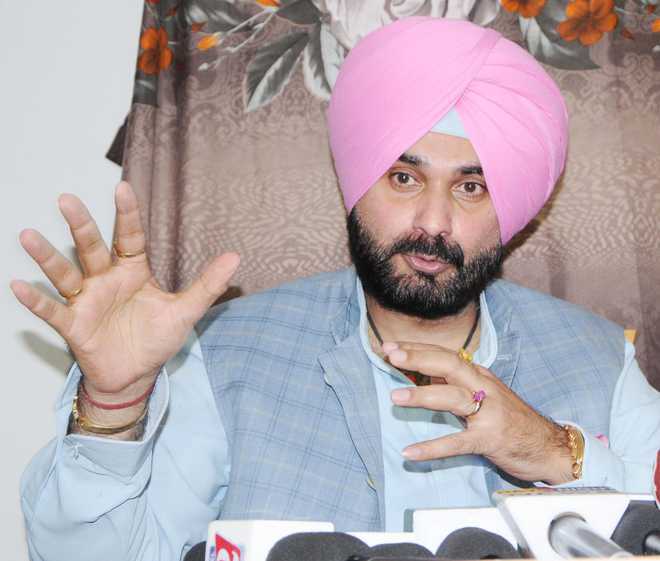 Punjab Congress chief Navjot Singh Sidhu has sought a meeting with party president Sonia Gandhi and flagged issues that the government “must deliver upon”, saying it was the poll-bound state’s “last chance for resurrection and redemption”. - File photo

Punjab Congress chief Navjot Singh Sidhu has sought a meeting with party president Sonia Gandhi and flagged issues that the government “must deliver upon”, saying it was the poll-bound state’s “last chance for resurrection and redemption”.

In a letter to the Congress president on October 15, a day after he held meetings in Delhi with senior party leaders, including Rahul Gandhi, Sidhu pitched for a “Punjab model with a 13-point agenda to be part of the Congress manifesto for the 2022 Assembly elections”. The PPCC chief shared the letter on his Twitter handle on Sunday.

Justice in sacrilege cases, arrest of big fish involved in drug trafficking, lowering power tariff and cancelling faulty PPAs, employment generation and income from sand mining are among the core issues in the 13-point agenda.

Days after resigning as Punjab Congress chief, Sidhu had on October 15 said his concerns had been addressed and the party asserted he would continue as the state unit head.

“It might be the last damage-control exercise for Punjab’s resurrection and redemption. Otherwise, mafia raj will push the state into financial emergency,” he wrote. After meeting Rahul, Sidhu had said, “Whatever concerns I had I have shared with Rahul Gandhi. All my concerns have been sorted out.”

In party circles, Sidhu’s move to make public his letter to the party president is being seen as an effort by him to clarify that he had not compromised on his stand on issues raised by him earlier.

Sidhu’s letter is also being seen in light of an upcoming move by the Channi government to lower the power tariff for a section of consumers.

In the letter, the PPCC chief has spoken against making sand free, claiming Punjab had the potential to earn a minimum of Rs 2,000 crore from sand mining while providing it at low rate to consumers.

“During the SAD regime, Punjab only earned Rs 40 crore annually, which increased to a few hundred crore during our rule. We mustn’t fall into the trap of free sand, making it free for mafia even as the common people will still be charged for transport and labour,” he said.

On transport, Sidhu praised new minister Amrinder Singh Raja Warring for going after the mafia. “We must strengthen his hands by taking off road 13,000 buses plying without permit. Punjab youth must be issued permits, profitable routes should be brought under the PRTC and government-owned luxury buses should replace those owned by Badal family’s companies.”

CM Channi on Sunday met Navjot Sidhu in the presence of AICC observer Harish Chaudhary to iron out differences and discuss the implementation of 18-point agenda.