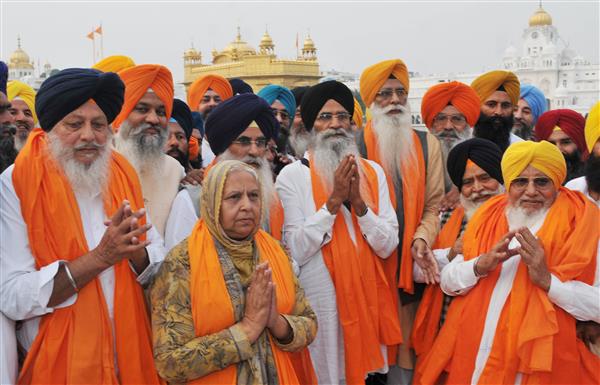 Harjinder Singh Dhami was on Wednesday re-elected president of the SGPC. He polled 104 votes against Bibi Jagir Kaur’s 42.

Baldev Singh Kaimpuri was unanimously elected senior vice president as no one contested against him.

Out of 157 members, 146 had turned up to participate in the election process of SGPC, the Mini Parliament of Sikhs -at Teja Singh Samundri Hall in Golden Temple complex today.

At present, the house consisted of 157 members in addition to 15 co-opted members, five Takht Jathedars and Golden Temple head priest.

The co-opted members, jathedars and head priest have no voting right.

As many as 26 members have died, while the two other- Sucha Singh Langah and Sharanjit Singh -had already resigned from the membership.

In the 11-member executive body, three members from Opposition party will be inducted. This implies that these three members would participate in every decision and move taken by the SGPC.