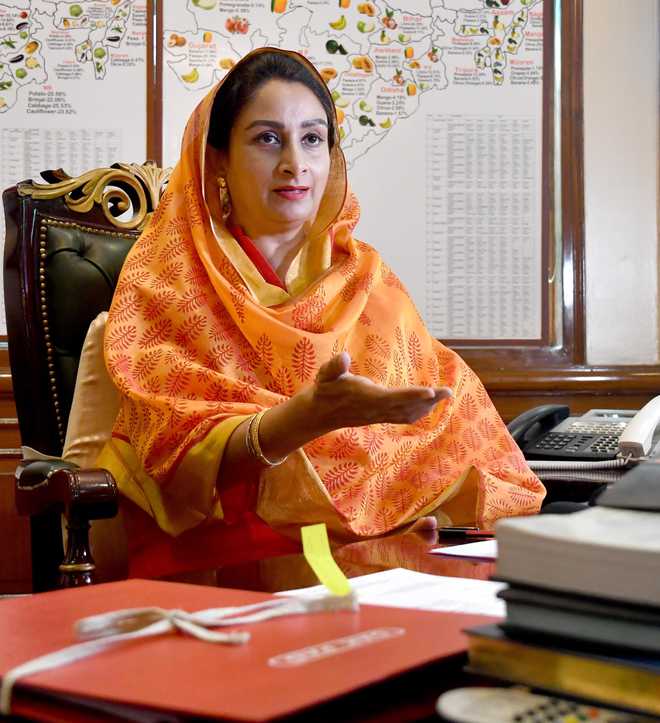 Former union food processing industries minister Harsimrat Kaur Badal said on Monday that the third mega food park in Punjab, which is among the top five in the maize sector in the country, would benefit farmers besides resulting in crop diversification.

In a statement here, Badal, while congratulating the promoters of Sukhjit Mega Food Park for successful commencement of operations, said besides creating a huge demand for maize cultivation and produce, it would also lay the foundation of the maize processing industry in the State.

“The anchor unit in the Park has a maize grind capacity of 600 tonnes per day. Besides this, processing units, which include those for processing coarse grains, fruits, vegetables and oil seeds, are also coming up at the mega food park,” she said.

Stating that a large part of the Ssate would be benefitted by the initiation of maize processing in Punjab, Badal said the mega food park had also established three primary processing centres at Hoshiarpur, Jalandhar and Amritsar. She said these centres would create a readymade market for maize farmers.

“The processing center at Hoshiarpur is ready while those at Amritsar and Jalandhar, which also have cold storage facilities besides dry warehousing and grading yards, are set to be completed soon. This will reduce wastages severely and ensure optimum value to farmers for their maize crop,” she said.

The former minister said Sukhjit mega Food Park was among the three mega projects including one at Fazilka and Ludhiana, which she had been facilitated by the food processing ministry during her tenure. She said the ministry had given a grant of Rs 47 crore for the Phagwara Park besides obtaining various approvals on its behalf from State and central agencies.

“A grant of Rs 400 crore was given for these projects,” she added.

We’ll keep our personal views on farm laws aside; Repeal not good for future reforms: Members of SC-appointed panel

The committee will soon send invitations to the farmers unio...