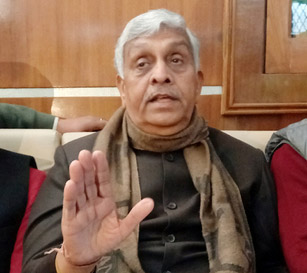 Appearing before the Bench, his counsel stated threats were being extended to the petitioner under the conviction that he was not supporting the on-going farmers’ agitation.

Justice Tyagi added the Constitution of India guaranteed to all citizens the right to freedom of speech and expression, to assemble peaceably and without arms and to move freely through the territory of India. These rights include within their fold the right to protest peacefully. However, the protesters could not violate the Fundamental Rights of others and indulge in any criminal act constituting an offence punishable under the law in force. The state was under constitutional mandate to protect the life, liberty and property of every human being, be he a citizen or otherwise, against any harm by criminal acts constituting an offence punishable under the law in force committed by any person or group of persons for any cause whatsoever. — TNS