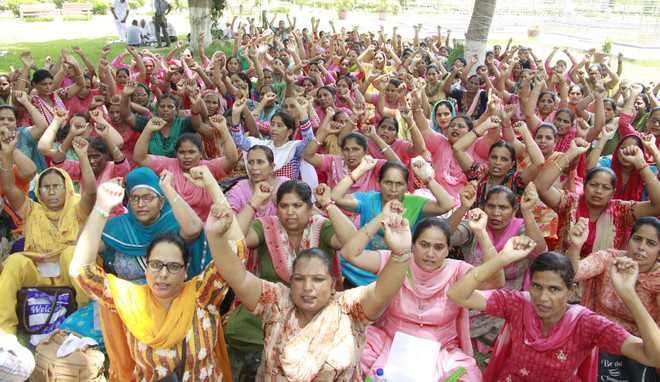 Health workers, ANMs, technicians and ASHA workers serving under the NRHM at the Civil Hospital on Thursday took out a march here.

They pledged to continue their stir till a notification based on the assurances given recently by Health Minister OP Soni was issued.

Workers’ representative Tehal Singh said in the past two years, NRHM employees rendered services day and night, but the government did not accept their demands.

Anju Bala and Kuljit Kaur said the government had announced dues on Haryana pattern, but no notification in had been issued. — OC