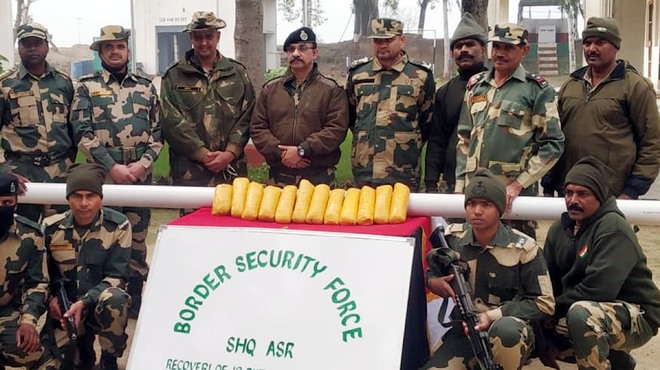 BSF personnel along with the seized contraband in Amritsar on Wednesday. Tribune photo

The BSF seized 12 kg of heroin, worth Rs 60 crore in the international market, near the India-Pakistan border today.

“We seized 12 packets of the contraband near the border fence. The area is manned by 88 Bn, BSF, Amritsar sector. A 13-foot-long PVC pipe was also found there. It was probably used to push packets across the border. No arrest has been made so far,” a BSF official said.

On December 17, 2020, two attempts of heroin smuggling from across the border were foiled in the Amritsar sector.