Horse show a major attraction at Maghi Mela in Muktsar : The Tribune India

Horse show a major attraction at Maghi Mela in Muktsar 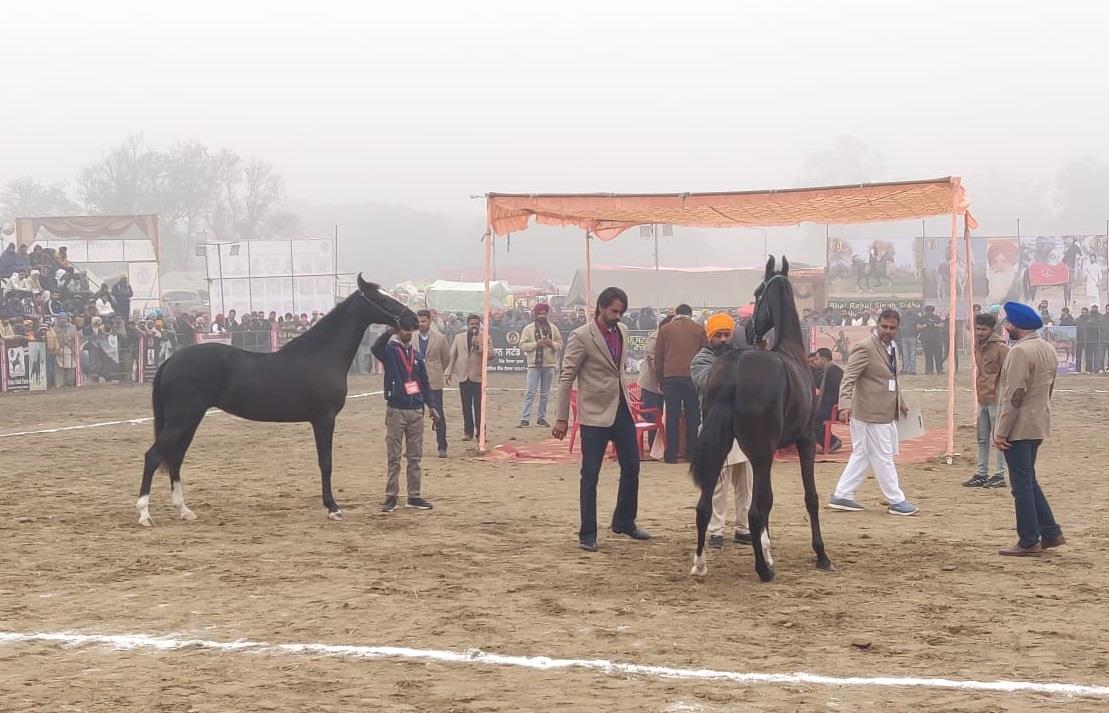 A competition under way at the Punjab Horse Show at Lambi Dhabh village in Muktsar.

As the state government has stopped organising the National Livestock Championship during the annual Maghi Mela, multiple horse-breeders have come together to organise a three-day “Punjab Horse Show” at Lambi Dhabh village near here.

Equines from Punjab, Haryana, Rajasthan, Gujarat and Maharashtra are participating in the event which will conclude on Thursday.

Despite the cold weather, a large number of people from across the state and neighbouring states are coming to see the competitions. The show organisers said there was registration of nearly 300 equines daily.

They said competitions of various categories were being organised.

Muktsar-based horse breeder Sirbeerinder Singh Sidhu, one of the 21 organisers of the event, said, “The state government has stopped organising the livestock championship, thus some horse-breeders came together and decided to start an event on our own. This is the first time that we are organising a mega horse show here. We have charged a nominal fee from the participants. Our aim is just to promote equines. It also helps in keeping youngsters away from drugs. Further, it will help in pulling crowds during the Maghi Mela.”

“We have, however, promised fair judging to all the equine owners. Nearly 15 competitions of Marwari and Nukra colts, fillies, mares and stallions are being held,” he added.

“The livestock championship was the brainchild of the SAD-BJP government. During the previous government, ti was organised twice, once each at Patiala and Batala. Thereafter, it could not be organised due to the pandemic. This time, some horse-breeders have taken the initiative to organise a horse show. We are providing medical assistance to all animals, not just in the horse show but also at the livestock market set up at Lambi Dhabh village,” said Dr Gurdit Aulakh, Assistant Director, Muktsar Animal Husbandry Department.