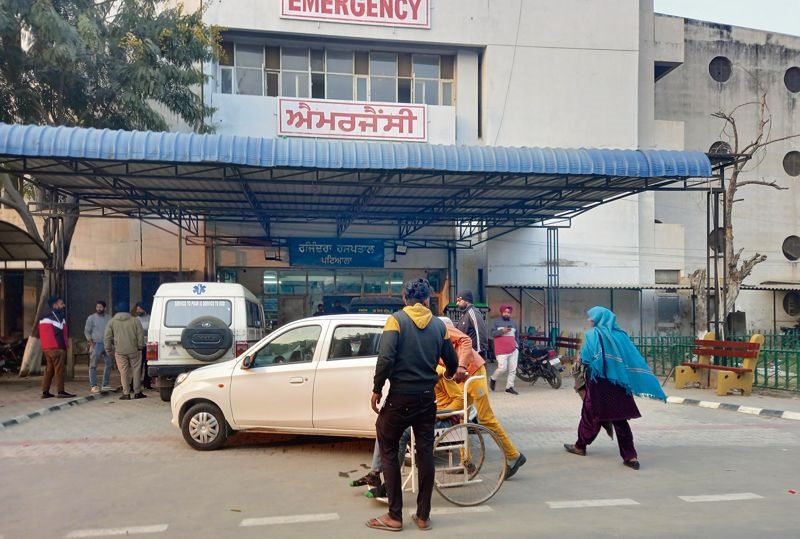 Hospitals say they are short of funds to buy medicines and surgical material for Ayushman beneficiaries. - File photo

After private hospitals, public hospitals, too, have reportedly shut their doors on Ayushman beneficiaries, for the state government has failed to clear their dues running into crores of rupees.

Earlier, hospitals didn’t have sufficient funds to spend on the Ayushman scheme. The Health Department, however, has now received money from the government. Dr Ranjit Singh, Director, Health Dept

The Ayushman Bharat Mukh Mantri Sehat Bima Yojana is the flagship scheme of the Centre, providing poor families with a health coverage of up to Rs 5 lakh per year for secondary and tertiary care hospitalisation.

Last month, Charan Kaur (72) of Nabha was reportedly refused treatment for a hip replacement at the Civil Hospital under the Ayushman scheme.

Her son, Atam Singh, said: “The hospital simply told me that it could not operate on my mother under the Ayushman scheme. Left with no choice, I paid Rs 40,000 for the operation. What is the use of Ayushman cards when they we cannot get the treatment?”

As per the scheme, hospitals first buy medicines and surgical materials. The government later reimburses the amount.

A government hospital administrator said, “We don’t have money to buy surgical materials and medicines. The government should create a separate head and provide funds to hospitals so that patients can avail treatment under the scheme.”