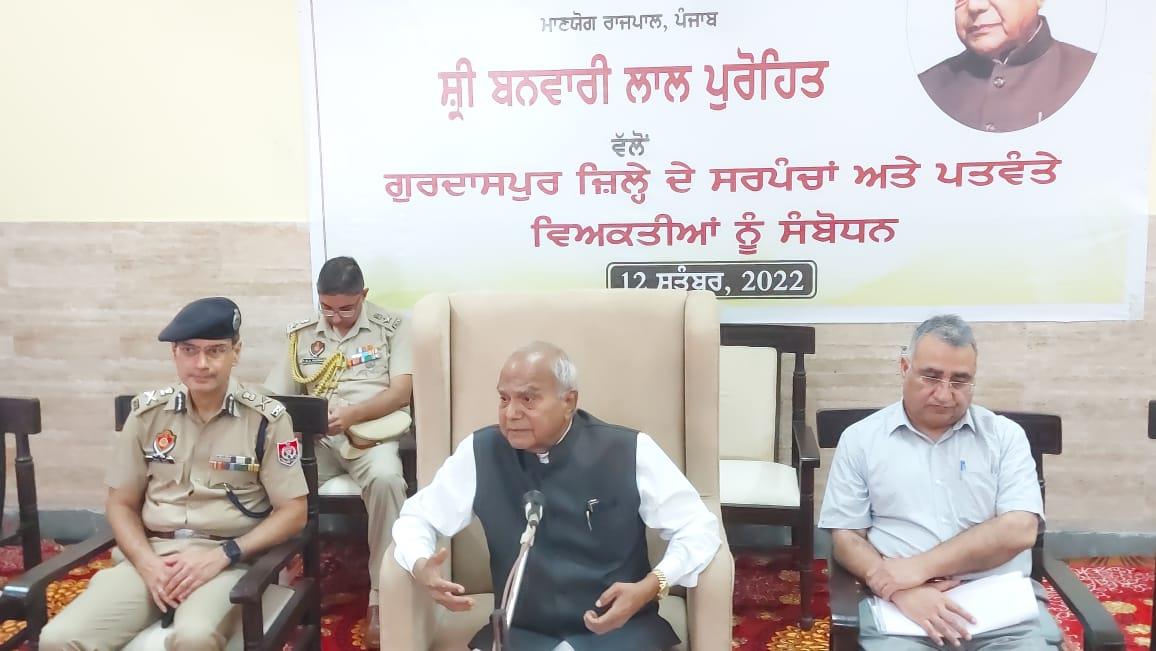 Barely hours before Governor Banwarilal Purohit was scheduled to visit border areas to meet village heads, Pakistan dispatched a drone in the jurisdiction of the Kalanaur police station, setting off alarm bells among security agencies.

Nothing incriminating found so far

We have found nothing incriminating so far. However, the search operation will continue till the time we are satisfied that no damage has been inflicted by the drone. Deepak Hilori, Gurdaspur SSP

Senior officers of the police and the BSF immediately went on a damage-control exercise minutes after sighting the drone around 5 am. The Governor, among others, was accompanied by Chief Secretary VK Janjua and DGP Gaurav Yadav.

Security men of 89th Battalion of the BSF fired nine rounds forcing the contraption to retract its position. Officers say it is for the first time that Pakistan had dispatched a drone during the daytime. BSF DIG Prabhakar Joshi, who was on night duty near the International Border (IB), reached the spot and supervised the search operation.

Purohit visited Pathankot in the morning and later drove to Gurdaspur. At both these places, he met sarpanches, who apprised him of the problems they were facing particularly in villages located near the IB.

Later at a press conference, the Governor took cognisance of the drone flight by saying “it was high time Pakistan puts an end to its nefarious activities”. “It is as clear as daylight that the neighbouring country is waging a proxy war through drugs and drones. The sooner we deal with it, the better it will be,” he said.

He also touched upon the issue of illegal mining and made a reference to the recent Punjab and Haryana High Court ruling banning excavation near the IB. “The Army and BSF have made it clear that extensive digging near the IB was a threat to national security. This is indeed a serious issue,” he said.

The Governor added that due to its long border with Pakistan, Punjab was a sensitive state and every effort should be made to make certain it remains “drug-free and drone-free.” Earlier, he met village heads of Pathankot district.