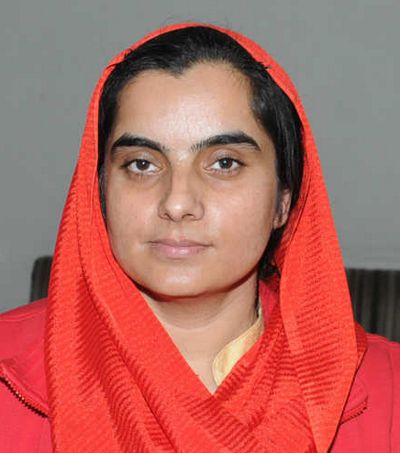 A day prior to Chief Minister Bhagwant Mann’s visit to Talwandi Sabo, a two-month-old video purportedly showing AAP MLA Baljinder Kaur being assaulted by her husband has gone viral on the social media.

In the July 10 clip, the Talwandi Sabo MLA’s husband is seen shouting and slapping her. It is learnt that no formal complaint has been filed by the MLA.

Both Baljinder Kaur and her husband Sukhraj Ball did not respond to calls.

Punjab State Commission for Women chairperson Manisha Gulati said, “I have seen the video of Baljinder Kaur on social media. We will take a suo motu notice of the incident. It is upsetting that a woman who raises public issues is facing harassment at home.”

Further, Gulati said she respected the privacy of Baljinder Kaur, but now the issue was out in public domain as the video had gone viral.