In Bargari, Navjot Sidhu slams govt for not ensuring justice in sacrilege cases 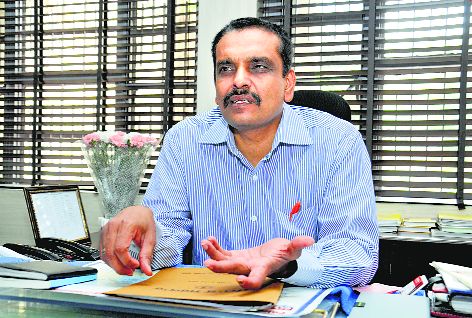 Within days of the Punjab and Haryana High Court quashing his investigation into the Kotkapura police firing case related to sacrilege incidents, Punjab Police IG Kunwar Vijay Pratap put in his papers today.

Though Chief Minister Capt Amarinder Singh rejected his resignation, Congress MLA Navjot Singh Sidhu visited Bargari and criticised his own government over its “failure” to deliver justice in sacrilege cases. He demanded that the IG’s probe report be made public.

In a statement, Capt Amarinder said: “I have rejected his resignation. Kunwar Vijay Pratap is a skilled, capable and courageous officer. We will challenge the HC orders.”

The IG headed the SIT, probing the 2015 police action in Kotkapura and Behbal Kalan against people protesting over sacrilege incidents. His investigation had held many senior cops and former Akali MLA Mantar Singh Brar guilty. The probe also pointed fingers at former DGP Sumedh Singh Saini and the then CM Parkash Singh Badal for “mishandling” the situation.

In his resignation, the IG didn’t mention the investigation or the HC order. A senior police official said the IG said he had completed 22 years in service and wanted to take voluntary retirement. The IG did not respond to calls and messages.

There are reports that AAP leaders are in touch with the IG. Party MLA and leader of opposition Harpal Cheema, however, denied any such move.

On the other hand, the state BJP too is looking for new faces to contest Assembly elections on all 117 seats. “It is not a mere coincidence that Sidhu, who has challenged the authority of his own party’s CM a number of times, timed his Bargari visit when the IG resigned. We are keeping a close watch on the developments,” a senior BJP leader said.