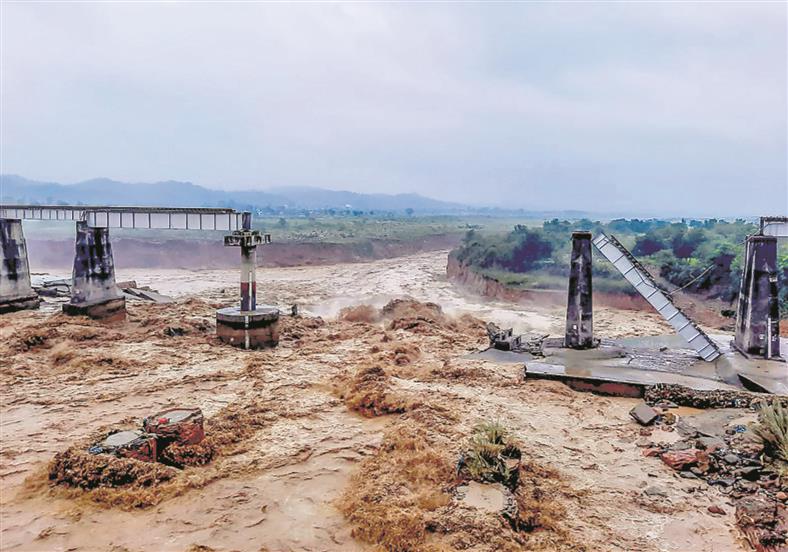 Justice Jasjit Singh Bedi of the High Court also made it clear that the concession of anticipatory bail could not be granted to a person allegedly involved in an attack on a mining team. “On being caught, the accused get aggressive and violent. This kind of conduct with public servants cannot be condoned at any cost,” Justice Bedi added.

The assertion comes at a time when both the states have been claiming adoption of stringent measures to check the menace. Turning down the bail plea of a tractor-trailer owner facing the allegations of attempting to run over a mining team, Justice Bedi added the petitioner was duly and specifically named in the FIR.

The allegations were that he interfered with the functioning of the mining department officials after coming to a spot where a tractor-trailer, stopped and searched, was allegedly found containing river sand. Justice Bedi added releasing the petitioner on anticipatory bail at the current stage would even otherwise hamper the investigation, which was required to be taken to the logical conclusion. “Therefore, the custodial interrogation of the petitioner is certainly warranted”.

The petitioner-accused in the case was seeking bail in an FIR registered on April 8 for obstructing a public servant in the discharge of his public functions and other offences under Sections 186, 353 and 34 of the IPC and the Mines and Minerals (Development and Regulation) Act at Naraingarh police station in Ambala district.