In dire straits, yet Keshopur Chhamb wetland not on Tourism Minister's itinerary 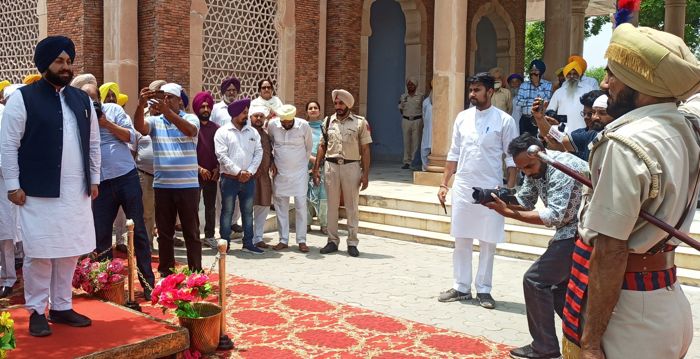 Officials have virtually declared Keshopur Chhamb — one of Asia’s biggest wetlands — to be on a ‘ventilator’ but Tourism Minister Harjot Bains skipped visiting the place during his tour of historical and heritage sites in Gurdaspur district on Tuesday.

The minister visited Chhota Ghallughara in Gurdaspur and proceeded to make stopovers at Maharaja Sher Singh’s Palace in Batala, Jal Mahal, Hazira Park, Nehru Gate, Chakkri Bazaar and Gurdwara Kandh Sahib. He, however, skipped visiting Keshopur that has been in a dilapidated condition for decades. In the 1950s stretching to the 90s, the wetland used to drive the micro and macro-economy of scores of villages located in its proximity.

“Ornithologists used to come in droves and this development acted as a catalyst to put the economy on the fast-track,” said Manjit Singh Dala of Dala village, located adjacent to the wetland. Wildlife officials were surprised to see that the wetland was not on the minister’s itinerary.

Reportedly, the roads leading to the wetland are in a bad state. In 2017, the then Tourism Minister Navjot Singh Sidhu gave a Rs 3 crore grant to develop all four thoroughfares leading to the area. The roads were widened but have now again fallen victims to encroachments. In 2015, the Tourism Interpretation Centre (TIC) was built at a cost of Rs 3.5 crore with an aim to give expert advice to birdwatchers. Moreover, work on the second phase could not be started because the first phase itself was compromised.

In 2014, Gurdaspur MP Vinod Khanna had promised to bring in teams from the Wetlands International, a global organisation that works to sustain and restore wetlands around the world. Four years ago, Sidhu promised to hold an international photography competition but this too has remained a mirage.