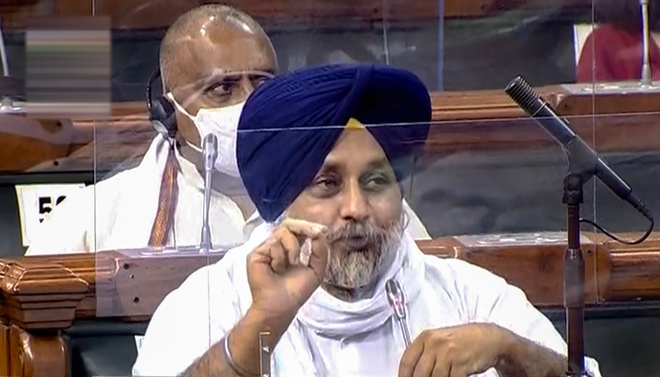 SAD chief Sukhbir Badal today accused the government of “deleting” Punjabi from the list of official languages of Jammu and Kashmir. This comes a day after Anandpur Sahib MP Manish Tewari raised the issue of not including Punjabi as an official language in the Union Territory.

“It used to be an official language of J&K, Farooq Abdullah will confirm,” Badal said pointing towards Abdullah, senior National Conference leader in the Lok Sabha. “He also speaks excellent Punjabi,” Sukhbir said in his brief statement in the language.

Supporting him, Abdullah said Punjabi was spoken by many in J&K. He urged the government to also consider adding Pahari and Gujari as official languages of the UT.

Tewari had yesterday said though many of Punjabi dialects were spoken in adjacent Jammu and Kashmir, the government “deliberately” kept Punjabi out as the official language in the UT.