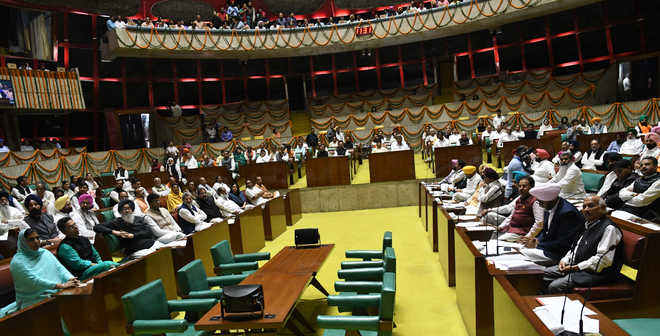 The orders were passed by the Speaker on Tuesday in response to a disqualification petition filed by some constituents of his assembly seat led by one Simranjit Singh. The petition was filed in the year 2019, and after following due process, including giving hearings to the MLA, the speaker passed his orders today.

Interestingly, Baldev Singh is the second rebel AAP MLA to lose his seat in the Vidhan Sabha this month. Sukhpal Singh Khaira’s resignation was also accepted by the Speaker earlier this month. Both had rebelled against the party in 2018—a year after being elected on the AAP ticket. He, like Khaira, had also contested the 2019 Lok Sabha election from Faridkot as Punjab Ekta Party candidate. He lost the election and had subsequently returned back to the AAP fold.

Talking to The Tribune, Punjab Vidhan Sabha Speaker Rana KP Singh said that following the filing of the disqualification petition, hearings of the petitioners as well as Baldev Singh were conducted. “During the course of the hearings, the MLA himself admitted that he had contested elections from Punjab Ekta Party. Thus a decision to disqualify him was taken today,” he said.

With the dismissal of Baldev Singh, the strength of AAP in the Punjab Vidhan Sabha has been reduced to 17, though they continue to be the single largest opposition party. Of these 17, three MLAs—Pirmal Singh, Nazar Singh, and Jagdev Singh Kamalu—have already joined the Congress, while another MLA Kanwar Sandhu continues to be a rebel.