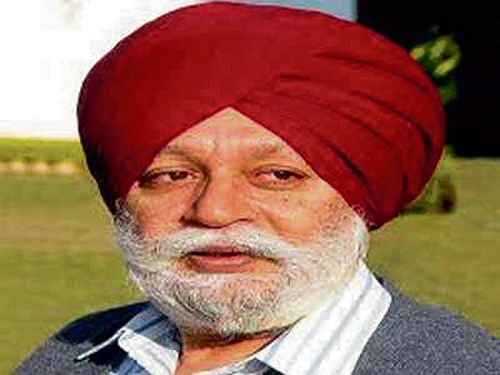 Be ye ever so high, still the law is above you! Historian Thomas Fuller’s immortal words were Justice Mehtab Singh Gill’s favourite as a judge of the Punjab and Haryana High Court. The import of the quote acquired greater magnitude and a more potent connotation, as the former Acting Chief Justice was today administered oath by Governor VP Singh Badnore as state Chief Vigilance Commissioner (CVC).

When a high-powered committee comprising Punjab Chief Minister, the Speaker and a senior minister met to finalise the name for the post out of five retired high court judges and three ex-IAS officers, Justice Gill was the obvious choice. He had not only headed a commission for looking into implication of innocents during the

past decade, but was also known for his “tough stand” against corruption and corrupt practices.

“I have so often used the expression in cases where the high and the mighty have tried to keep the arm of law at bay. My motto remains the same as I head the commission established to bring about more transparency and check corruption among public servants,” said Justice Gill.

The commission, an independent body set up in accordance with the Vigilance Commission Act 2020, will exercise effective superintendence over the functioning of the Vigilance Bureau and all departments of the state government to provide clean, fair and transparent administration.

Justice Gill said the commission would review the progress of investigations conducted by the Vigilance Bureau and cases of prosecution sanction pending with various government departments. It has been empowered to give directions to the Vigilance Bureau for discharging the responsibility entrusted to it, besides looking into allegations under the Prevention of Corruption Act and other relevant offences against public servants.