Baksheesh Singh Jamnia said, that if needed, hundreds of people from Abohar will also go to Delhi in support of the farmers 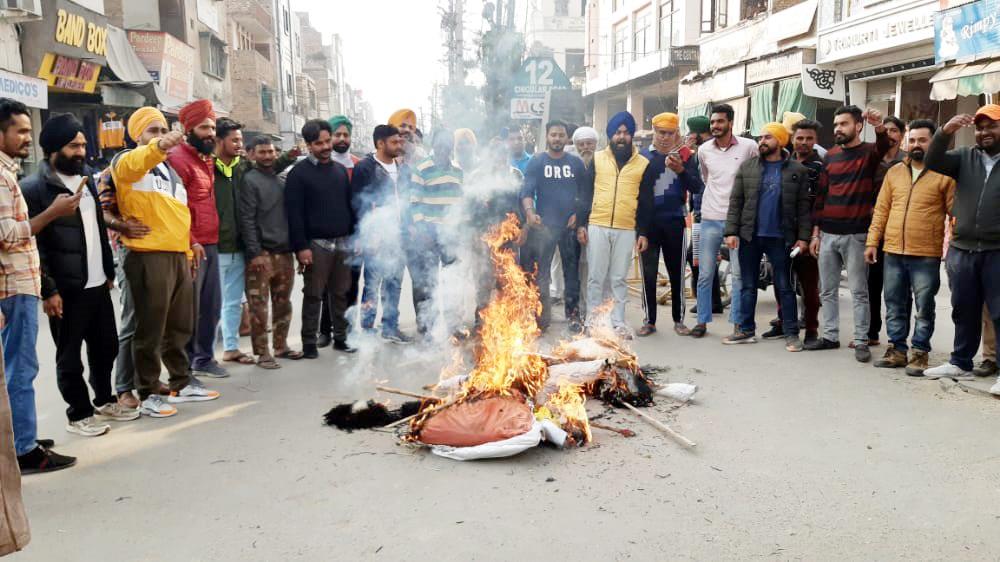 They said, that people were rising above politics in support of farmers, who had suffered atrocities while passing through Haryana in a peaceful march to Delhi. We will continue to raise the voice of farmers' rights in the same way.

Baksheesh Singh Jamnia said, that if needed, hundreds of people from Abohar will also go to Delhi in support of the farmers. If they had to send ration, water to the farmers, none would back down.

Davinder Singh said, that actress Kangana Ranaut's derogatory tweets about the elderly mother Mohinder Kaur were widely condemned globally but instead of offering an unconditional apology, she was abusing Punjabi artists and stars who took exception to her wrongdoing.

Being a woman, Kangana should have refrained from uploading objectionable messages which have hurt sentiments of Punjabis across the world, he added. More effigies will be burnt if the actor does not express regrets, he concluded.

Sohan Singh Fauji said, that the farmer is called Annadata. Due to them, the entire world gets a lot of food. Therefore, everyone should support their legitimate stir.