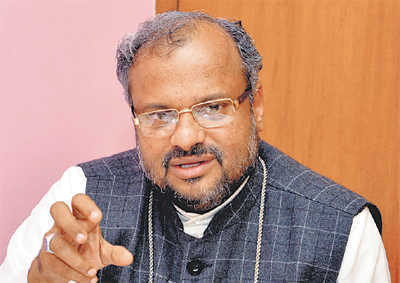 The release of the official calendar of 2021 by the Syro Malabar Thrissur Diocese bearing the picture of rape-accused Bishop Franco Mulakkal has not just evoked protests in Kerala but also angered a section of priests in the Jalandhar Diocese.

The priests supporting the victim nun have said even though they chose not to come out openly over the issue in Punjab as the calendar was not circulated here, they were certainly unhappy with the decision of the Thrissur Archdiocese to go ahead with inclusion of the photograph of Franco Mulakkal.

The 43-year-old victim nun had served as the Superior General in the Missionaries of the Jesus congregation based in Jalandhar.

“The photograph has been carried at a time when the trial is progressing in the court of the Additional Sessions Judge in Kottayam. The church could have easily avoided glorifying the Bishop at a time when cross-examination in the case is set to start after both the Kerala High Court and Supreme Court rejected his petition for discharge in the rape case. Mulakkal is in Kerala since November owing to the case,” said a priest from a diocesan church.

Another priest supporting the nun said, “Thankfully, there is no practice to print such calendars here. We expect Mulakkal not to come here during Christmas as he is in Kerala and cannot commute here often due to Covid-19.”

Mulakkal’s photograph along with his birthday date had appeared on the March page of the calendar.

Meanwhile, the church defended the move to include the Bishop’s birthday in the calendar saying Mulakkal remains a Bishop and that the charges against him have not been proven yet.