Knowledge-sharing pact inked by Punjab with Delhi : The Tribune India 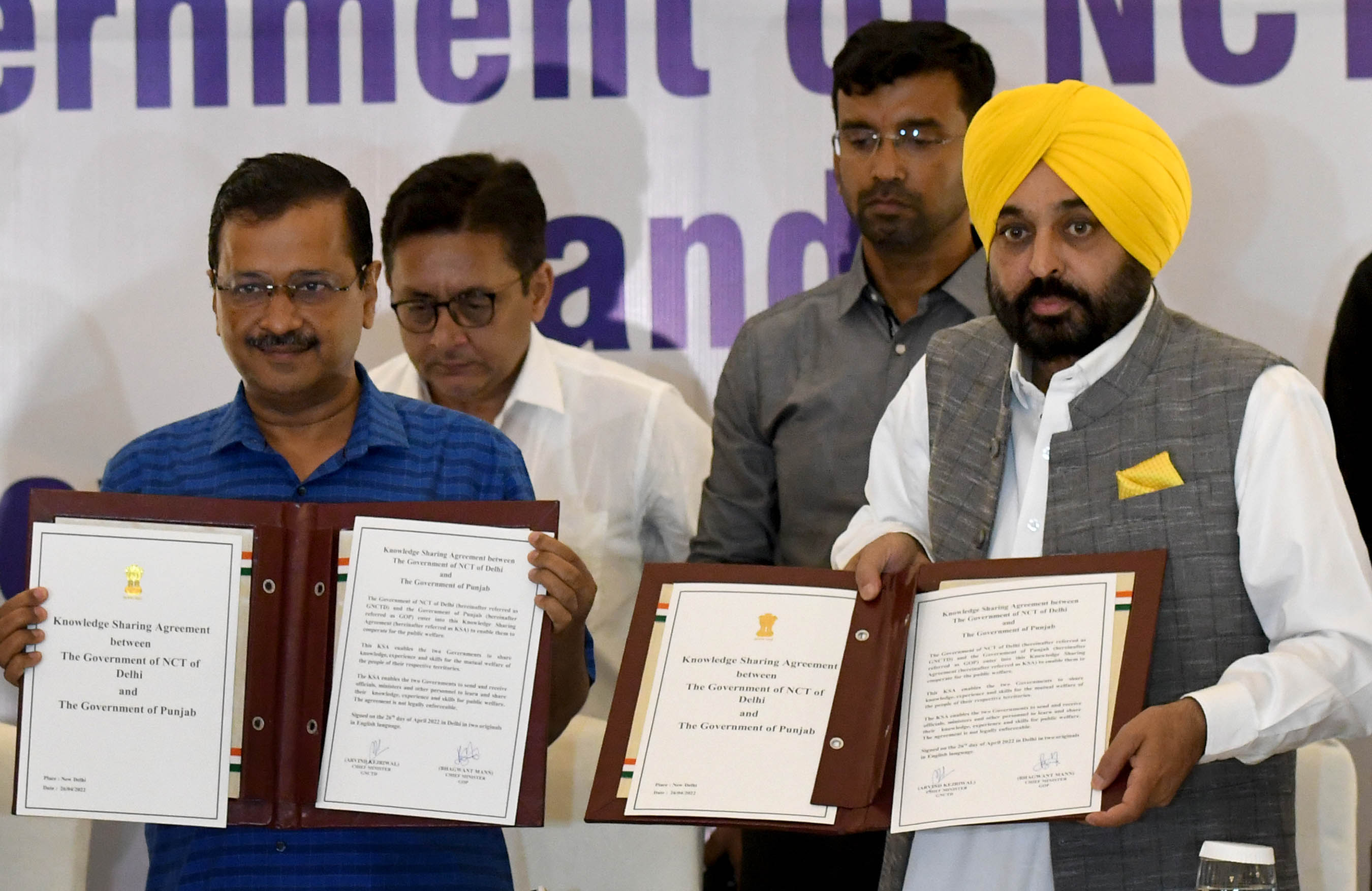 Terming the agreement “historic”, Delhi Chief Minister Arvind Kejriwal said it would serve as a milestone in the journey of independent India and become a template for other states to follow.

Punjab Chief Mnister Bhagwant Mann said his government would commence work from tomorrow to build 117 smart schools and 117 mohalla clinics along the lines of Delhi in each Assembly segment of Punjab.

The Punjab Government today signed an agreement with the Delhi Government, wherein the two states will “share knowledge, experience and skills for the mutual welfare of people of their respective territories”.

In Punjab, the Opposition called the signing of the pact akin to giving the right to the Delhi Government to interfere in the state matters.

Brushing aside the charges, Kejriwal said: “Delhi teachers went to Finland to gain knowledge in the education sector. They returned and applied that knowledge to improve Delhi schools. Would you say the Delhi Government is being run from Finland? Is this not foolish? For far too long we have remained divided in parties, states. Why can’t we learn from each other to make a better India?”

Mann said: “Punjab is an agrarian state. Delhi can learn from Punjab in agriculture. We want to restore the pride of Punjab. Many NRIs have said they want to adopt a village or build a school or hospital in their native place. We will enable this within the RBI system and will end the mafia raj,” Mann said.

The agreement enables the two governments to send and receive officers, ministers and other personnel to learn and share their knowledge, experience and skills for public welfare. However, the agreement is not legally enforceable.

This pact comes close on the heels of a visit by top officers of the state to Delhi earlier this month to hold meetings with the AAP supremo before the rollout of the free power scheme, drawning sharp reactions from the Opposition.

Official sources said the two states could share only information that was already in public domain. The Punjab AAP said the agreement would replicate a number of welfare schemes implemented in Delhi, especially in education and health sectors. “It is collaborative federalism,” said party spokesperson Malwinder Singh Kang.

My government is willing to share its ‘Delhi model’ with any state willing to emulate it. If any state wants to sign a similar agreement, the AAP government will welcome it. — Arvind Kejriwal, Delhi Chief Minister

I am willing to go anywhere to learn anything that will help my state... We won’t ever betray Punjab. I don’t know why this (agreement) is rattling the Opposition parties, which did nothing during their tenures. — Bhagwant Mann, Punjab CM