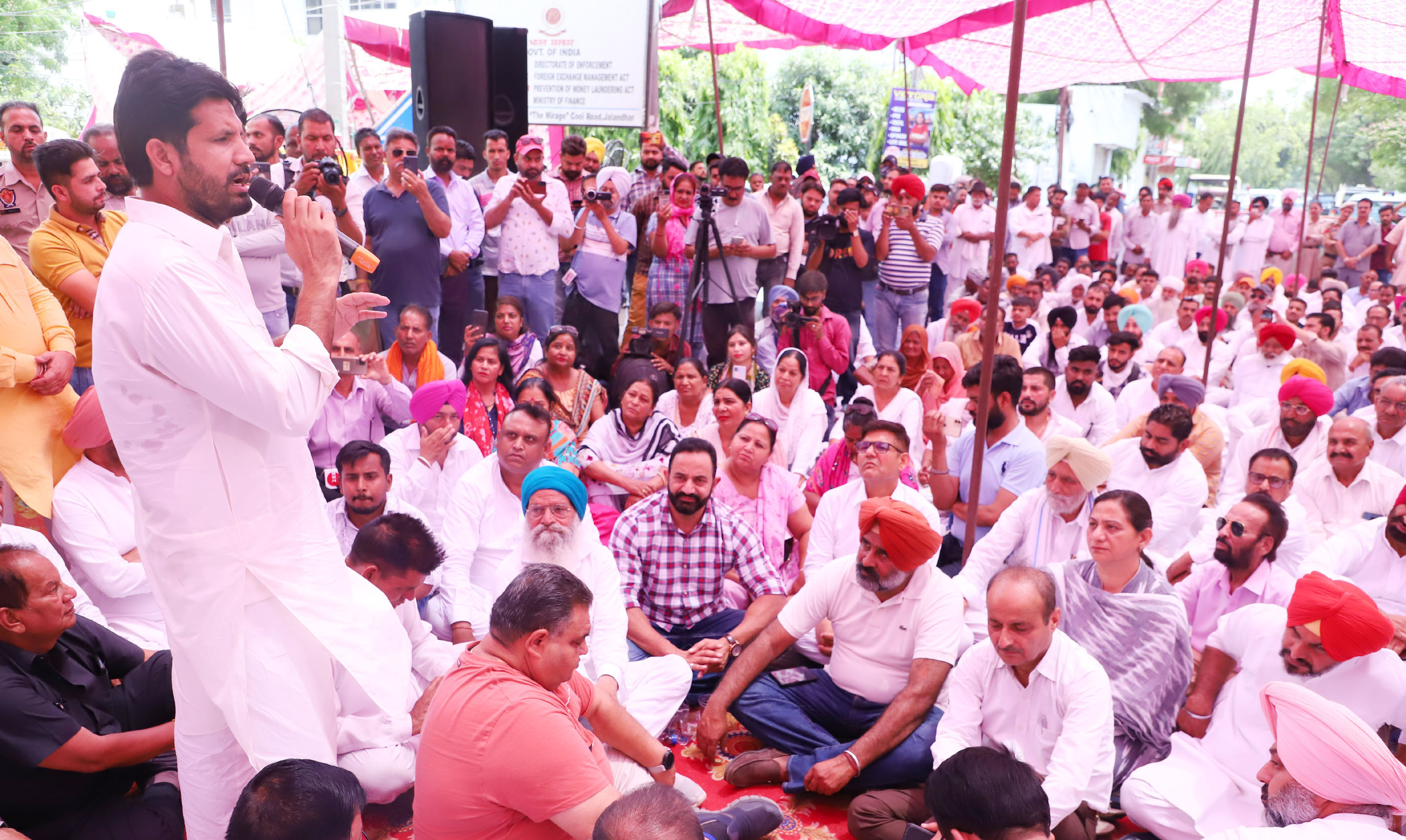 As AICC leader Rahul Gandhi appeared before the Enforcement Directorate (ED) office in New Delhi in connection with the National Herald case, the Punjab Congress leadership staged a protest outside the agency’s office in Jalandhar on Monday.

The protest was led by Pradesh Congress Committee chief Amrinder Singh Raja Warring, who accused the BJP of using various offices under the Centre, including the ED, Directorate of Revenue Intelligence and Income Tax, to “victimise and suppress” the Congress leadership.

“They (NDA government) have been doing so for eight years now since they came to power. If use of such pressure tactics continues against our leadership, we will court arrest to lodge our protest and fight against injustice,” he said speaking at a dharna, which continued for over four hours. Warring also accused the state government of using Vigilance on similar lines to browbeat Congress leaders.

Bholath MLA Sukhpal Khaira asked the BJP why no such case had come up against its own leaders. “From the PDP to AIADMK, all parties have had to face the wrath of central agencies at the behest of the BJP. Even I have been their victim. The ED could not make any recovery from my place during raids and still I had to remain behind bars for 70 days.

“I faced it boldly, but some Congress leaders perhaps could not and had to join the BJP. We need to differentiate between corrupt leaders and vendetta politics,” he added.

The NDA govt has been doing this for eight years now since it came to power. If use of such pressure tactics continues against our leadership, we will court arrest to lodge our protest and fight against injustice. — Amrinder Singh Raja Warring, PCC chief