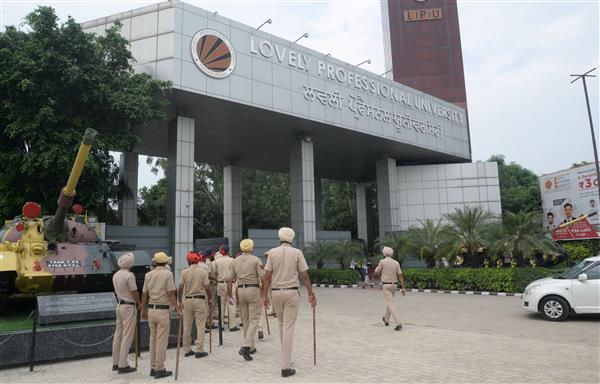 The police have registered a case against a professor named in a suicide note by a Lovely Professional University student who allegedly ended his life on the campus on Tuesday.

The death of Ajin S Dilip, a first-year student of the private university in Phagwara, triggered a protest by other students on the campus.

ADGP (law and order) Arpit Shukla said FIR has been registered against professor after Ajin S Dilip had blamed him in the suicide note.

Police have registered a case for abetment of suicide.

The ADGP added that the student’s father has verified that it was his son’s handwriting in the note.

Talking to mediapersons, Ajin’s father said when he last spoke to his son he appeared to be normal.

Meanwhile, the police said they have recovered two more suicide notes apart from the first one. They are yet to be shared by police with the media.

“Based on the statement of the deceased’s father and the suicide notes recovered, we have found that the victim was student of NIT Calicut from where he was rusticated,” the police officer said.