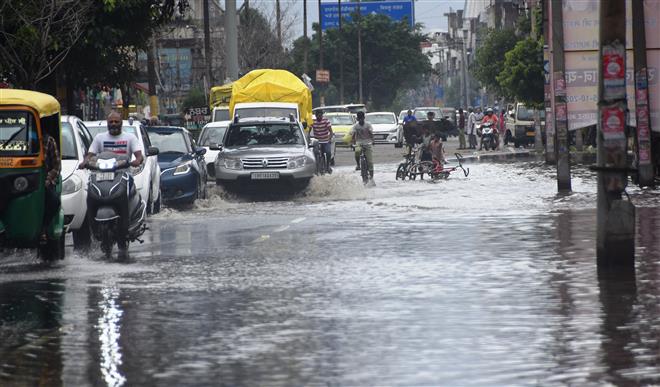 Heavy rain lashed several parts of the state leading to a dip in the temperature, the weather office said on Sunday. Ludhiana and SAS Nagar districts recorded highest rainfall of 113 mm in the state in the past 24 hours followed by Mansa (102.6 mm) and Fatehgarh Sahib (100.5 mm).

Other districts of the state received less than 100 mm rain. As per the Meteorological Department, Nawanshahr recorded rainfall of 95.6 mm in the past 24 hours followed by Jalandhar (74.4 mm), Kapurthala (66.8 mm) and Hoshiarpur (49.5 mm).

Crops on hundreds of acres have been flattened in various villages of Shahkot after the incessant rains for the past two days in Jalandhar.