Ludhiana sets up 81 teams of doctors to prevent spread of lumpy skin disease : The Tribune India 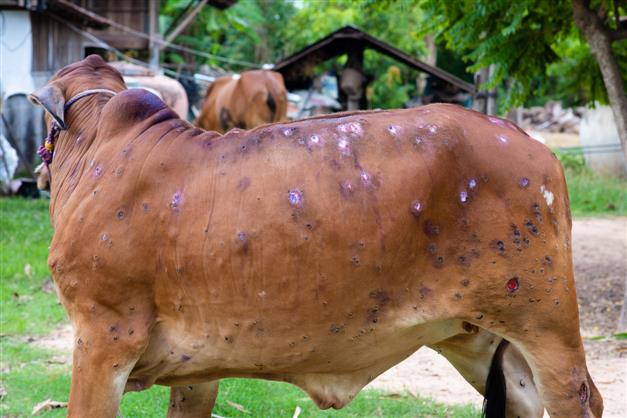 The district administration has constituted 81 teams of veterinary doctors to prevent further spread of lumpy skin disease (LSD). As many as 3,640 farm animals have been found infected.

Dr Paramdeep Singh said 25 deaths had been reported in the district. “We have administered 3,000 doses of ‘goat pox’ vaccine to the healthy cattle. Livestock owners should not panic and contact the nearest veterinary dispensary in case their animals get infected with the LSD,” he said.

Deputy Commissioner Surabhi Malik said animals infected with the LSD suffers from high fever, don’t eat or drink anything and their skin gets affected.

She said the disease spreads more during the monsoon and infected animals should be isolated. She said livestock owners should use mosquito nets and those taking care of the cattle, must wear mask, gloves and use sanitiser.