Martyrs’ memorabilia to be kept at Jallianwala Bagh 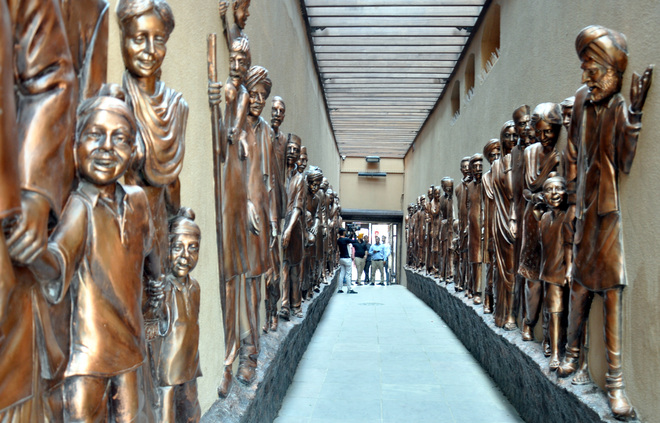 The beautified entrance at the Jallianwala Bagh. File

Memorabilia associated with martyrs of the Jallianwala Bagh massacre collected from members of their families as well as audio tapes of how the family members remember the massacre will be added among the exhibits kept at the renovated Jallianwala Bagh Memorial.

The official said the “Sound and Light Show” introduced in the memorial is quite moving.

Asked whether they were contemplating removal of the murals at the entrance, since it was attracting a lot of criticism, the official said, “this is not a life and death question”.

Jalandhar: Following the renovation of Jallianwala Bagh memorial, Desh Bhagat Yadgaar Committee members would visit the site on September 4. In 2008, the committee was at the forefront of the agitation against the changes at the site. The members have threatened an agitation if the alterations are found to be objectionable. TNS