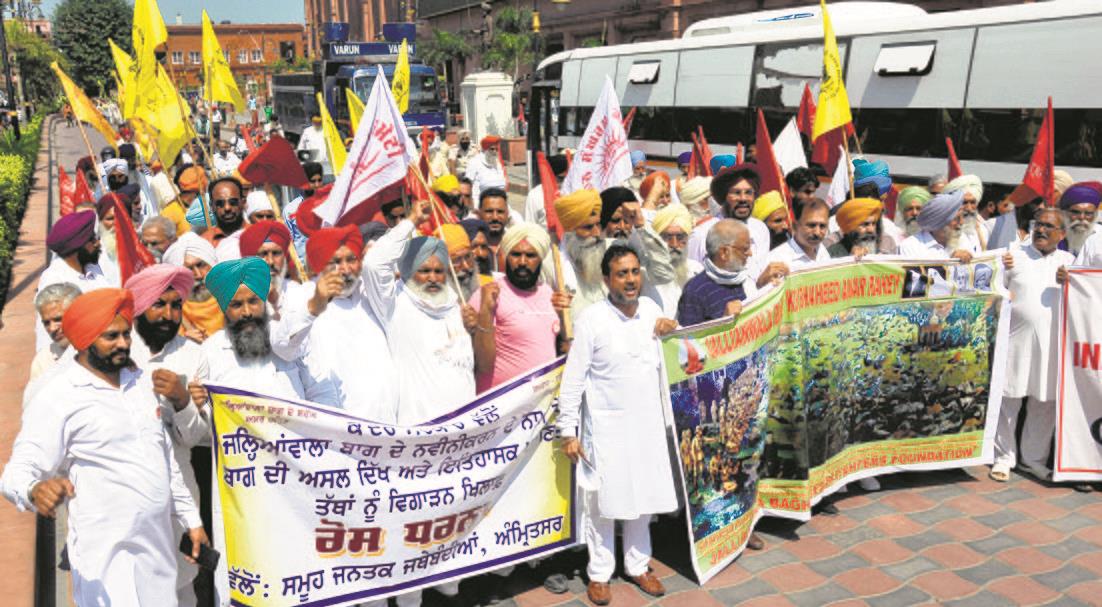 A protest march against the Centre in Amritsar on Tuesday. Sunil kumar

Civil societies of Amritsar, along with Jalandhar-based Desh Bhagat Yaadgar Committee and kin of martyrs of the Jallianwala Bagh massacre, today conducted a protest march to convey their resentment against the recent renovation of the bagh.

Amid heavy police barricading, the protesters had no option but to stage a sit-in some metres ahead of the bagh on the Heritage Street.

They were denied access towards the bagh as a preventive measure, since the Amritsar police have imposed Section 144. Committee assistant secretary Parminder Singh termed the lapses as an insult to those who laid down their lives for the nation’s freedom. — TNS