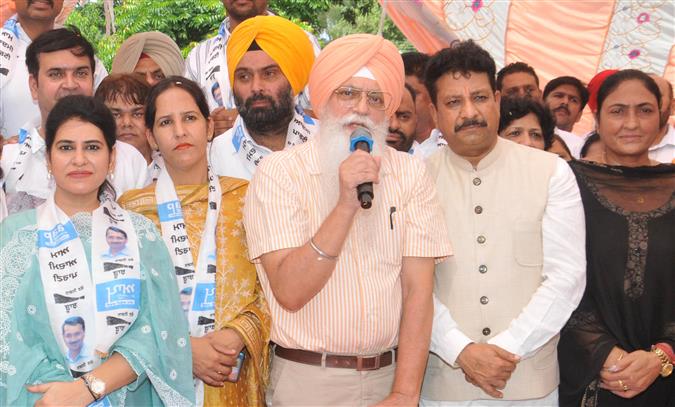 In the city on Tuesday to attend the joining ceremony of four BJP councillors and office-bearers into the Aam Aadmi Party, Nijjar said: “The survey for starting the delimitation of wards has already finished. The remaining process will be completed shortly,”

“We are trying that some grants be pushed for the MCs so that the pending works get completed. Even though some Smart City projects in these cities have got mired under scams, our priority will be to complete the ongoing works,” he said.

Regarding raising the income for the Municipal Corporations, he said: “It has been decided that the unipole advertisement work be re-started under the old contract with 20 per cent enhancement on the old rates. This will only be a stop-gap arrangement for a month or so, till fresh tenders are floated. We want at least some income, which was lying blocked, to start rolling in.”

Asked to comment on the audio leak of Minister Fauja Singh Sarari disussing some extortion plan for contractors, Nijjar said, “I have nothing to say on this as the party high command has to take a call on the issue.”