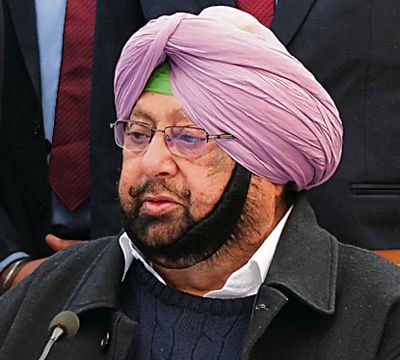 Chief Minister Capt Amarinder Singh on Thursday termed the MSP hike for paddy not only meagre and inadequate, but also an insult to farmers who have been protesting anti-farm laws for over six months.

He said the Swaminathan Committee, whose recommendations the central government has refused to accept, had clearly suggested that the MSP should be “at least 50 per cent more than the weighted average cost of production”. Far from implementing the recommendations in the interests of the farmers and the nation’s food security, the BJP-led central government had passed the farm laws that were aimed at destroying the farmers, he alleged.

The Chief Minister said it was not enough for the Union Agriculture Minister to say that the doors for talks with farmers were open. The Government of India should repeal the farm laws and then sit across the table with farmers to come out with genuine and meaningful reforms in agriculture in the interest of the agricultural community and the entire nation, he said.

Demanding that the central government should simplify procurement of all agricultural produce at MSP that fully covers farmers cost plus 50 per cent margin, as recommended by the Swaminathan Committee, he stressed the need to take the actual cost of production into account in measuring the MSP.

He alleged the Government of India was increasingly becoming a bottleneck in the smooth procurement of foodgrains at MSP by making procedures and process more complicated.

Capt Amarinder warned that such apathetic attitude towards the farmers would be detrimental to the long-term interests of the country. “It could push India back into the pre-Green Revolution era, forcing us once again to pick up the begging bowl to meet the food-related needs of our people,” he said.