Union Minister says MP needs to be in Delhi to get projects; BJP leaders surprised 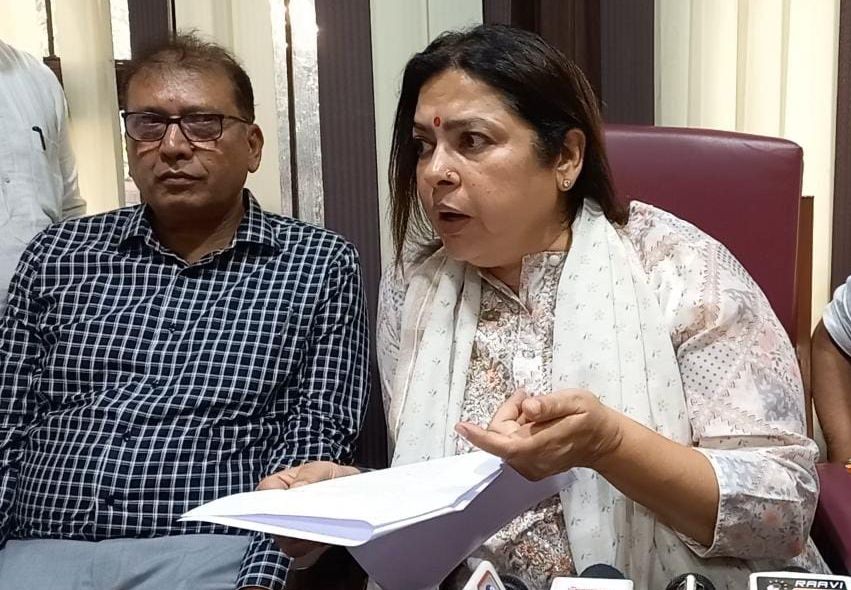 The “clean chit” to the MP, who has not been seen in his constituency for the over two years, came as a big surprise to party men.

She said the job of an MP was not to visit his or her constituency. “A parliamentarian should be present in New Delhi to get new projects sanctioned,” she said.

“An MP’s presence is indeed needed to supervise the completion of the projects financed by the central government,” said a senior leader.

The local unit of the BJP had organised a press conference for Lekhi on the last day of her visit.

When somebody pointed out that Deol remained “perennially” absent, she was quick to read his “achievements” from a file which, incidentally, was prepared and handed over to her by none other than the MP’s PA.

The minister’s tour has reportedly created chinks in the district unit with veteran leaders being totally ignored. Ashok Vaid, a member of the state executive, said several old-timers, who had toiled hard for the party, were sidelined.

On Sunday, while on a visit to the ancient city of Kalanaur, Lekhi pointed out that central government funds under the Swadesh Darshan scheme were being misused by the Punjab Tourism Department. She claimed that an amount of Rs 7 crore, which was meant for development of infrastructure of heritage and religious sites in Kalanaur, was diverted to develop a parking lot.

Following the allegation, the department sent two senior officers to Gurdaspur from Chandigarh. Later, it was learnt that there was no misappropriation of funds. An official said the parking lot was being developed by funds earmarked by the Union Ministry of Tourism for the purpose.