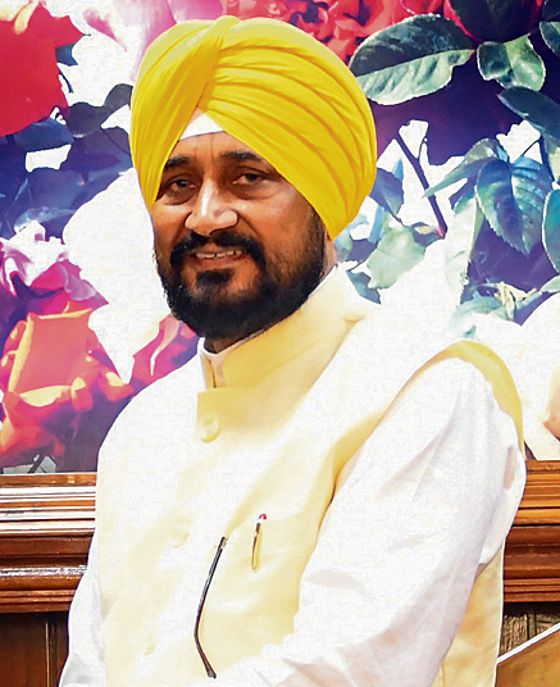 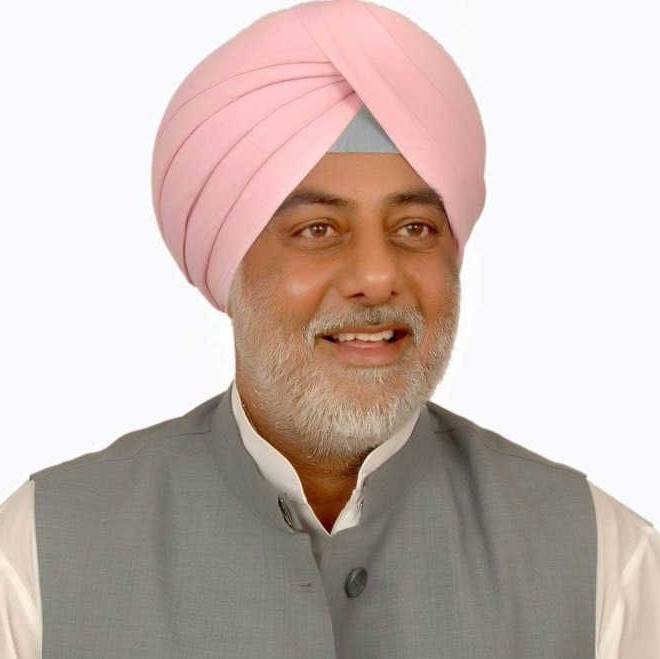 Kaka Randeep Singh Nabha, an MLA from Amloh, studied at Lawrence School Sanawar School and graduated with Economics (Hons) from Government College Chandigarh. He contested his first election from Nabha constituency in 1997 as an independent but narrowly lost to the Akalis. He then fought, and won, the 2002, 2007, and 2012 assembly elections as a Congress candidate but had to change his seat to Amloh in 2017 after Nabha was declared a reserved constituency.

A four-time MLA, he joined Congress as a primary member of Block Congress Nabha in 1985, has been the convener of the Indian Youth Congress (Kissan Cell), and has worked for the party in Karnataka, Mizoram, Tamil Nadu, Rajasthan, Uttar Pradesh, Himachal Pradesh, Haryana, and Punjab.

He is married into the Royal Family of Afghanistan. His wife helps him handle his constituency. His son runs an NGO Gurdarshan Singh Nabha memorial Foundation. 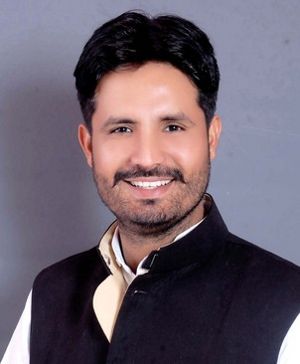 Handpicked by Rahul Gandhi, the young leader made his debut in the state Assembly by defeating then PPP chief Manpreet Singh Badal from Gidderbaha in 2012. He went on to become the Indian Youth Congress president in 2014. Warring retained the Assembly seat in 2017. Known for raising his voice against the Badals, Warring even contested the 2019 Lok Sabha elections from Bathinda against Harsimrat Kaur Badal, but lost by a narrow margin. In 2019, he was appointed as one of then CM Capt Amarinder Singh’s political advisers. Warring is currently considered close to PCC chief Navjot Singh Sidhu and Deputy CM Sukhjinder Singh Randhawa. A good orator, Warring has courted controversies in the past over to his public comments. He recently questioned the functioning of outgoing Finance Minister Manpreet Singh Badal. In an affidavit filed during the parliamentary elections in 2019, he cited matric as his qualification. 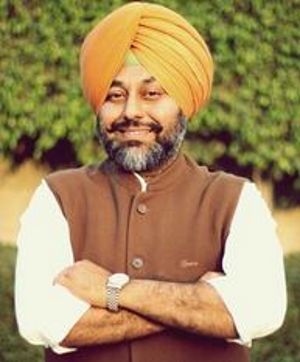 Set to be a third generation Cabinet minister, Kotli was first elected to the Punjab Vidhan Sabha in 2012 and then again in 2017. While Kotli began his political career by working as a second-rung student union leader at Government College, Chandigarh, during his graduation, he imbibed traits of statesmanship from his grandfather Beant Singh, spending time with him when he was the CM from 1992 to 1995. His father Tej Parkash Singh served as the Transport Minister. Though Kotli represents the Khanna seat, he has been actively involved in the Payal segment, since his native village falls under this constituency. Besides serving as the chairman of the Committee on Petitions of the Vidhan Sabha, he has from time to time been member of various constitutional bodies.

All eyes will now be on allocation of portfolios. Officially, the government is tight-lipped, but sources say Dy CM Sukhjinder Randhawa may get Home and Cooperation portfolios. The Home department is crucial as it is monitoring the sacrilege case probe, besides handling of the Vigilance department. Second Deputy CM OP Soni may get PWD 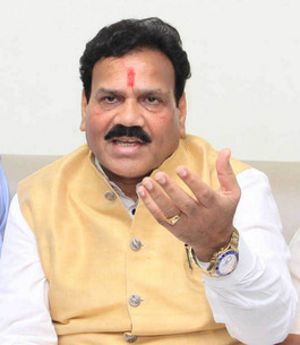 The Congress’ SC face began his political innings in the state by winning his maiden Assembly election from the Verka constituency in 2002. He went on to become the longest-serving Vice-Chairman in the National Commission for Scheduled Castes from 2010 to 2016. Verka was also appointed Chairman of the Punjab State Warehousing Corporation during the erstwhile Capt Amarinder Singh government. He has won three of the four Assembly elections contested so far. In the 2007 elections, he was shifted to the Amritsar West Assembly segment after it was declared reserved, but lost. Verka subsequently won the 2012 and 2017 elections from the constituency. While he was considered a strong contender for a Cabinet berth after Navjot Singh Sidhu quit as Power Minister, following his disagreement with the former Chief Minister, Verka had to be content with a Cabinet rank without any portfolio. 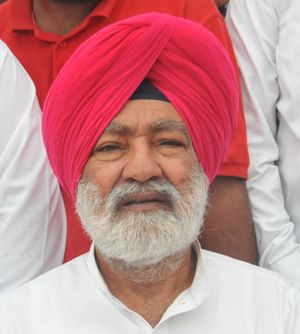 Picked recently as a PCC working president, Gilzian’s simple living and sharp acumen are perhaps at the core of his three consecutive victories from the Urmar Assembly seat. Belonging to the Backward Class, he represents the Lubana community concentrated in certain pockets, including Urmar and nearby Bholath, Hargobindpur and Sultanpur Lodhi constituencies. Gilzian first contested the Assembly election in 2002, but lost. Denied ticket, he chose to contest as an Independent and won in 2007. He later went on to rejoin the party. Then on, he has been maintaining his position comfortably. Gilzian was hardly seen politically active outside his constituency till he got appointed as Sidhu’s deputy. Gilzian enjoys a good rapport with NRIs. Having risen from the level of a sarpanch of Gilzian village, he largely confined himself to his area. In 2018, he quit all party posts protesting over not getting his due position. 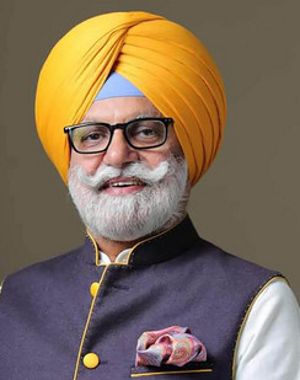 A businessman from UP (now Uttarakhand), the Congress veteran had moved to Punjab in 1989. A liquor and sugar baron, he also owns a paper mill in Ropar. He was the richest candidate in the 2017 Punjab elections with assets to the tune of Rs 170 crore. He became an MLA from Kapurthala in 2002. In 2004, he defeated former Prime Minister Inder Kumar Gujral’s son Naresh Gujral to become an MP from Jalandhar. His sister-in-law and wife too remained MLAs from the Kapurthala seat in 2004 and 2007, respectively. Since 2002, the seat has been within the family, as Rana Gurjeet won again in 2012 and 2017. It is a comeback in the Cabinet for Rana Gurjeet Singh as he had been inducted as the Power and Irrigation Minister in 2017. He, however, got embroiled in an alleged scam over sand mine allocation, forcing him to resign in January 2018. 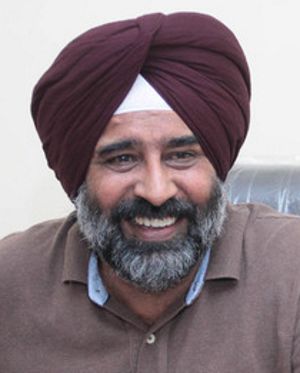 The hockey Olympian-turned-bureaucrat-turned-politician recently got appointed as the general secretary (organisation) of the PCC. A confidant of PCC chief Navjot Sidhu, Pargat was at the forefront of attacks against ex-CM Capt Amarinder Singh as he conducted a series of press meets, ultimately leading to the change of guard within the Congress. Pargat, who was the Director, Sports, till the end of 2011, started his innings with the SAD after he was picked by party chief Sukhbir Badal as the candidate for the Jalandhar Cantt seat. But he left the party in 2016 and went on to join the Congress. In 2017, the party fielded him from the seat and he won it for a second time. Akalis, however, term him an “opportunist, who backstabbed his own mentor”.