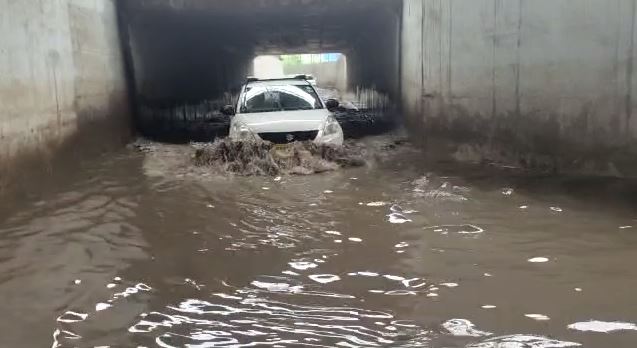 Heavy rain lashed several parts of Punjab and Haryana, leading to a dip in the temperature, the weather office said on Sunday.

According to the Meteorological Department, several places in the two states, including their common capital Chandigarh, received a heavy downpour in the 24-hour period ending 8:30 am on Sunday.

It has been continuously raining in Chandigarh since Saturday morning, with the city receiving 120.6 mm rain in the 24-hour period.

Meanwhile, farmers in both the states rued the untimely rain as strong winds have flattened the standing Rabi crop at many places. They say the heavy rainfall and waterlogging in fields will lead to higher moisture content in the paddy grains that could lead to lower remuneration to farmers due to the deterioration of quality of the grain. Agencies