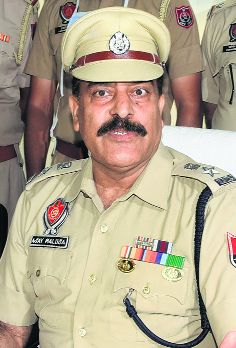 In the wake of the alleged security breach during the PM’s visit to Punjab on January 5, the Ministry of Home Affairs (MHA) has issued a show-cause notice to the Bathinda SSP. In the letter, a copy of which is with The Tribune, Deputy Secretary, MHA, Archana Varma said: “Since there was a grave security lapse during the PM’s visit, you are directed to show cause as to why action should not be initiated against you under the provisions of law.”

The letter further said: “Your reply should be received in this ministry on or before January 8 by 5 pm, failing which it will be presumed that you have nothing to say and disciplinary action as deemed fit will be initiated.”

Talking about the alleged breach, the Deputy Secretary wrote, “It is abundantly clear that route clearance was given without adequately attending to all security concerns pointed out in ASL meetings on January 1 and January 2.... The contingency rehearsal for road journey from the Air Force Station, Bathinda, to Ferozepur was also carried out on January 4. Notwithstanding, the ASL report emphasising the need to have a strong police deployment for a road journey and contingency rehearsal, adequate security deployment was not made and the VVIP’s cavalcade was blocked with tractors, trolleys and schools buses by a group of protesters about 30 km from National Martyrs’ Memorial in Hussaniwala,” stated the letter.

It also said available information indicated the police at the protest site were found to be inactive, senior officers were also found to be ineffective in making efforts to facilitate the convoy’s movement . “Throughout the route, only skeleton police deployment was observed.” — TNS