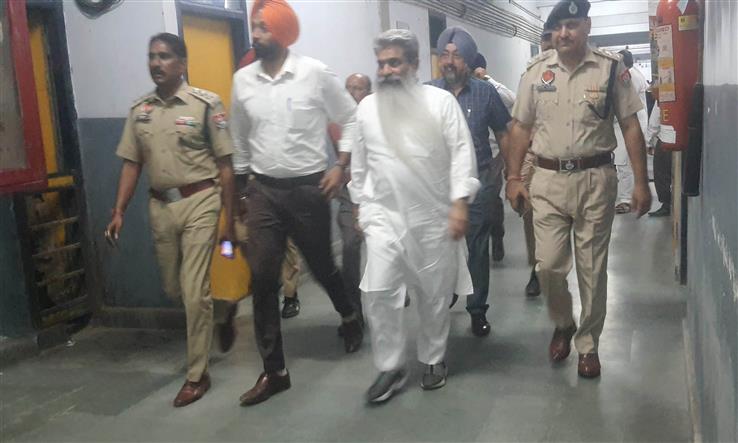 After the Vigilance Bureau (VB) registered a case on August 16 against three proprietors of Gurdas Ram and Company — Telu Ram, Sandeep Bhatia and Jagroop Singh — and government officials in connection with the tender allotment scam on August 16, it had arrested Telu Ram of Nawanshahr the same day.

‘Irregularities’ in tender allotment for 2020-21 season

There were ‘irregularities’ in the allotment of tenders for labour, cartage and transportation for the lifting of foodgrain in Ludhiana. It was found that at the time of submitting tenders for 2020-21 for labour, cartage and transportation works, the lists of vehicles submitted by some contractors had registration numbers of scooters, motorcycles and cars.

On August 22, the VB team raided the salon in Ludhiana and arrested Ashu. There was a huge drama as Lok Sabha member Ravneet Bittu had also reached the spot and exchanged arguments with the Vigilance team.

Among the seven accused, the VB has arrested only two persons — Ashu and contractor Telu Ram. Both are in judicial custody.

Vigilance officials said Telu Ram has submitted that he met Ashu through his PA Meenu Malhotra for getting tenders for the 2020-21 season.

Singla was the chairman of the departmental chief vigilance committee for tenders and was acting on the directions of former minister, said the VB.

Telu Ram told the VB that when he met Singla, he demanded Rs 30 lakh on behalf of the former minster. He gave Rs 20 lakh in bribe to Singla and Rs 6 lakh to Malhotra.

On the basis of these revelations and material evidence, Ashu was nominated as accused in the case.

On August 31, the VB conducted a raid at the house of Congress leader Manpreet Singh Issewal at Issewal village near Mullanpur Dakha.

Manpreet is said to be the close aide of Congress leader Capt Sandeep Sandhu, who unsuccessfully contested the Assembly elections from Dakha twice.

The VB seized the documents of 85 properties bought by Manpreet this year. It is inquiring if the ill-gotten money from the tender allotment scam was invested by Manpreet in buying property.