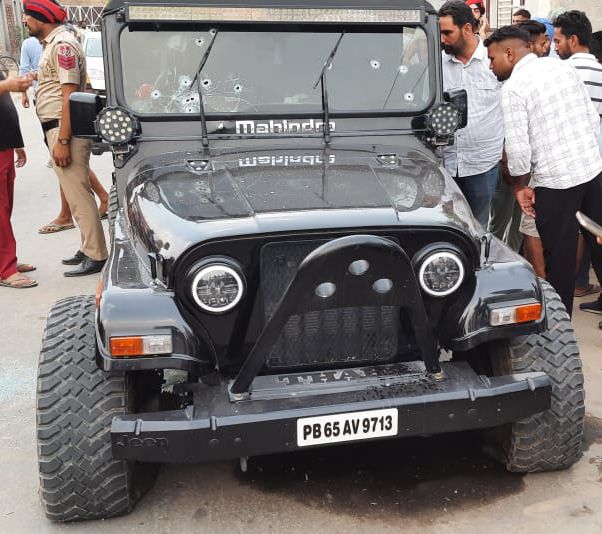 The jeep in which the singer was shot dead at Jawahar Ke village in Mansa district. File photo

Only two weeks before the Sidhu Moosewala’s murder at the hands of at least six shooters backed by gangsters operating from jail and Canada, the singer had released a song titled “The Last Ride” as a tribute to American rapper Tupac Shakur, who was killed by gangsters in September 1996.

In the song, Moosewala had prophesied that like Tupac he, too, would die young. The prophecy turned true on May 29 when around 5.30 pm, he was shot dead in Mansa district.

Similar to Tupac’s killing, Moosewala’s bodyguards were not with him. Tupac, who was on his way to a restaurant, had told his bodyguard Frank Alexander to follow him in another car. The Punjabi singer, too, didn’t take two Punjab Police gunmen with him on that fateful day when he left his Musa village.

“I am going close by to massi’s house with Gurpinder (cousin) and Gurpreet (friend),” he had said. Two other gunmen guarding him for a couple of years were withdrawn by the AAP government a day before he was killed.

Balkaur Singh, singer’s father and ex-serviceman, later told the police he went after his son after learning that he didn’t take the gunmen along. “There were threats to his life and some attempts to kill him were made. We were worried since his security was withdrawn. But I was late,” he had said.

Six shooters, along with their accomplices, way laid the singer on a sharp bend about eight km from his aunt’s house, in Jawahar Ke village.

The shooters were following the singer from his house in Musa village. Gangsters Priyavrat Fauji, Ankit (barely 19 years old), Kashish and Deepak Mundi were travelling in a Bolero car, while three others, including Manpreet Kusa and Jagroop Rupa, were in a Corolla car.

The Corolla car followed Mosewala’s Thar, while Bolero followed Corolla. The shooters, through a special communication app, were in touch with their master, Canada-based Goldy Brar and Sachin Bhiwani, both key aides of gang head Lawrence Bishnoi. On ground, two spot boys — Sandeep Kekda and Baldev Nikku — had been tracking Moosewala’s every moment for the past few days and had taken a selfie with the singer outside his house on the evening of May 29.

As per the statement of Gurpreet and Gurpinder, the Bolero car suddenly overtook Corolla and came parallel to Thar.

Ankit, the youngest gangster of the lot, was the first to open fire. An ambidextrous shooter, he fired with two guns using both hands. Others surrounded the car and fired indiscriminately. Moosewala sustained 19 wounds, as his post-mortem report revealed later.

Within an hour of the killing, Canada-based Goldy Brar took responsibility for the killing. He said Moosewala was killed to avenge the killing of Akali leader Vicky Middukhera. The same day at 9.30 pm, then DGP VK Bhawra announced the singer was killed as a result of an inter-gang rivalry. He had to withdraw his statement later.

The Punjab Police, facing severe criticism over the killing, managed to make the first arrest on May 30 itself. It nabbed one Manpreet Bhau from a place near Rishikesh in Uttarakhand. He had allegedly supplied the Corolla car on the directions of jailed gangster Siraj Mintu. The police brought Mintu, Manpreet Manna and Manu Daggar from the jail to question them about their role.

Meanwhile, the Delhi Police special cell led by HGS Dhaliwal, Special Commissioner of Police, brought Bishnoi on production from Tihar Jail on June 1 and named him as the main conspirator. Bishnoi reportedly told the police he had tasked Goldy Brar for the job since Middukhera’s killing on August 7, 2021.

The Punjab Police on June 2 found a fuel slip from the Bolero car used in the crime and identified one of the main shooters, Priyavrat. The police made this disclosure on June 18 but, by that time, the Delhi Police had already disclosed the identity of the shooters and almost the entire conspiracy.

On June 19, the Delhi Police arrested main shooters Priyavrat Fauji and Kashish, along with facilitator Keshav. They were nabbed from Mundra village in Kutch, Gujarat.

On June 29, the Punjab Police got the remand of another gangster Jaggu Bhagwanpuria, accused of providing two of the six shooters to the Bishnoi gang in return of a favour by Bishnoi.

WHAT TRANSPIRED AFTER THE MURDER

Seizures made on June 20 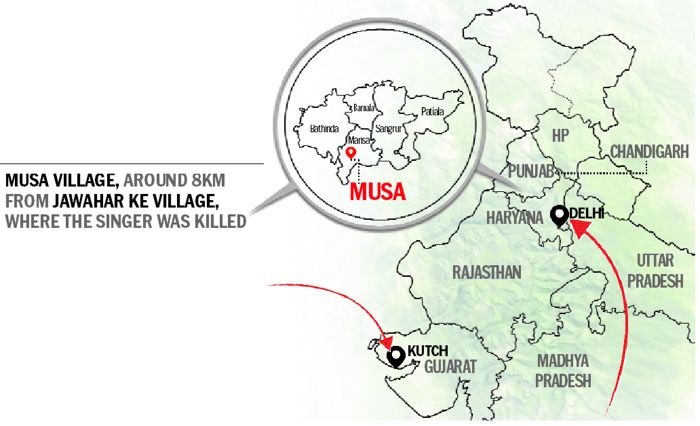 Lowdown on those involved in gruesome murder on May 29 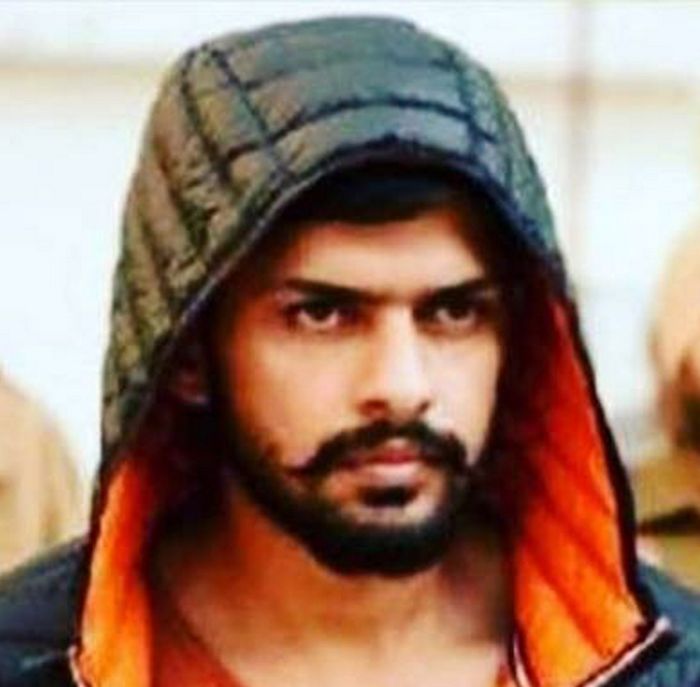 He rose in the world of crime from student politics in Chandigarh; he was a student of DAV College and was involved in a brawl after the student elections

He hogged the limelight when he issued a death threat to actor Salman Khan who allegedly killing a black buck; he had even sent a shooter to Mumbai to kill the actor 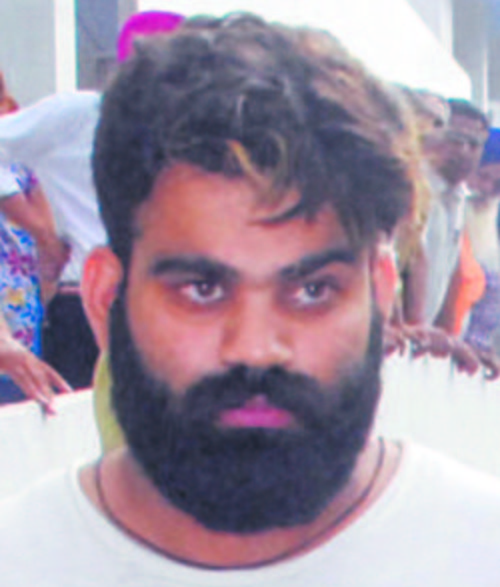 He is a notorious gangster with 68 criminal cases against him, including murder, contract killing, robbery, extortion, and cross-border smuggling of drugs and weapons

He has alleged links with Congress and Akali politicians 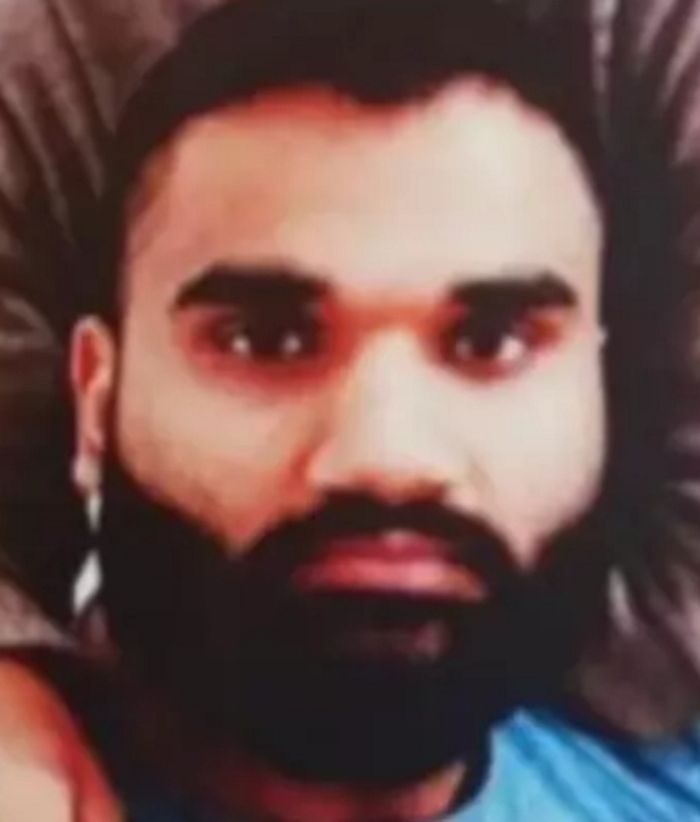 A close ally of Lawrence Bishnoi, he is wanted for the killing a Congress leader; he faces several cases of extortion 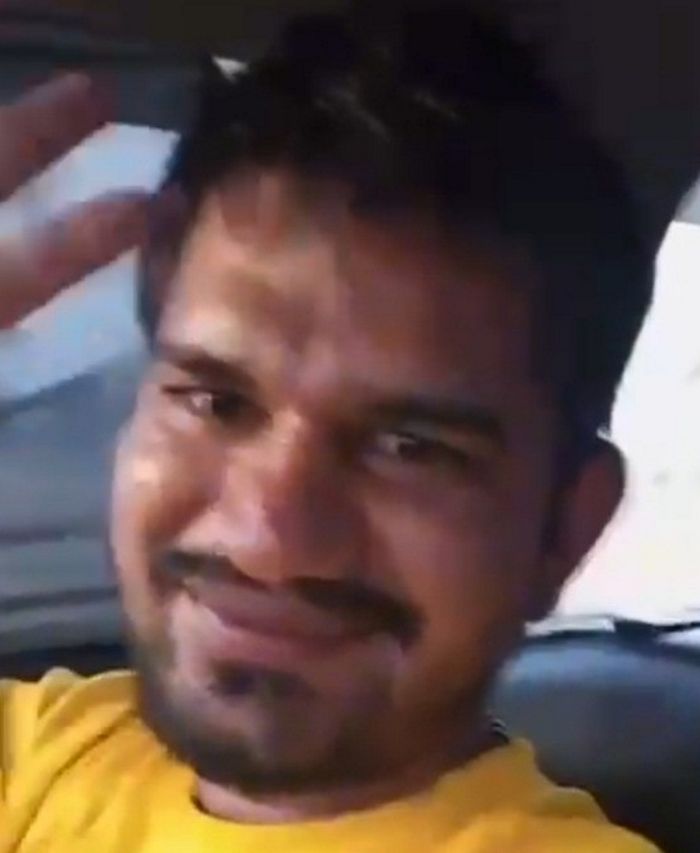 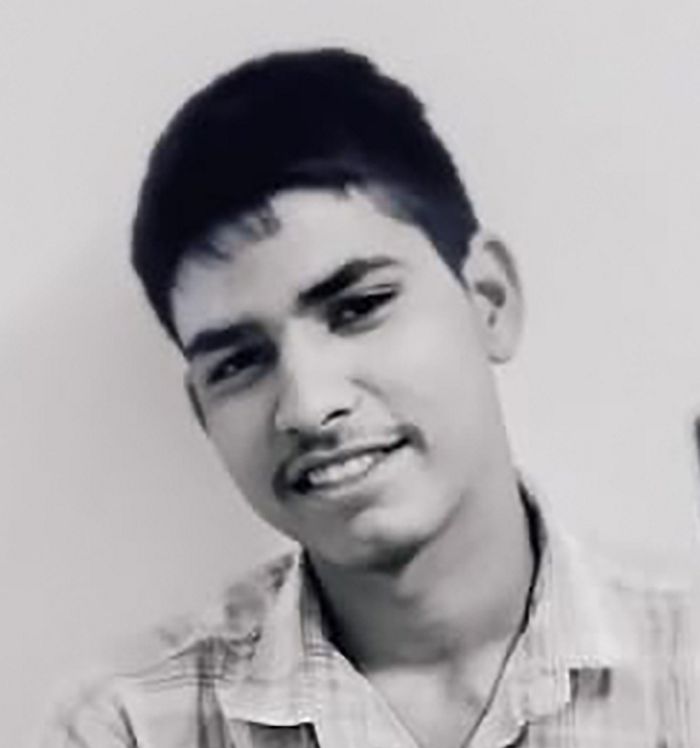