Another group leaves under banner of Punjab Kisan Sabha 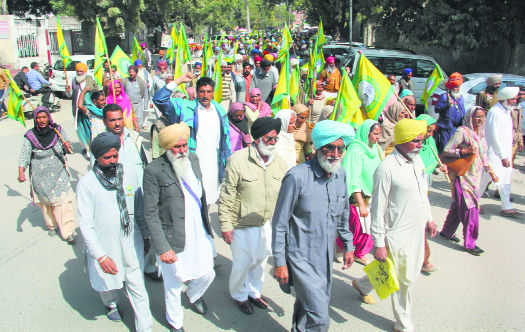 Fresh batches of farmers are leaving for Delhi to participate in the agitation against the new farm laws. The group is carrying ration and other essentials with them for several months.

Balvir Kaur, a leader of BKU Dakonda, said, “Farmers using different modes of transport reaching at the protest venue these days. A group of 50 farmers under the banner of the BKU (Dakonda) left for Delhi from Aklia village. They carried ration and other essential item with them to sustain them there for months. A majority of protesters are women.”

Another group of farmers, under the banner of Punjab Kisan Sabha, left from Mansa to take part in the protest. Leading the group Harpreet Singh Bhaini Bagha, a union leader, said, “Banking on massive support garnered both national and international level, our just agitation against black laws have gained required momentum now and it’s time that we keep it going.”

Farmers from different villages in Bathinda also left for Delhi to participate in the agitation.