Muktsar residents fume as cattle carcasses not being lifted from roadsides : The Tribune India

Muktsar residents fume as cattle carcasses not being lifted from roadsides 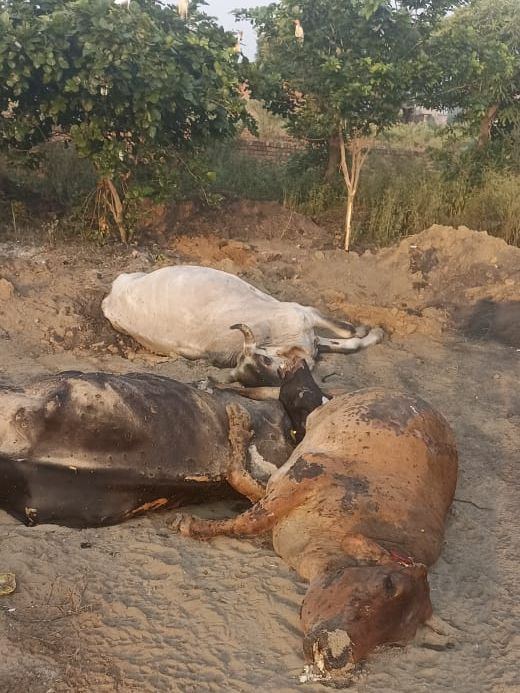 Residents are fuming as carcasses of cattle infected with lumpy skin disease (LSD) are not being lifted from the roadsides in Muktsar district.

Some residents even lodged a protest on Factory Road in Muktsar today and raised slogans against the municipal council officials. Thereafter, the authorities concerned swung into action and lifted the carcasses from the spot.

Dr Gurdas Singh, Deputy Director, Animal Husbandry Department, said, “The DC has already directed all the Block Development and Panchayat Officers and municipal councils to lift carcasses by using earth movers and bury them into the soil.”