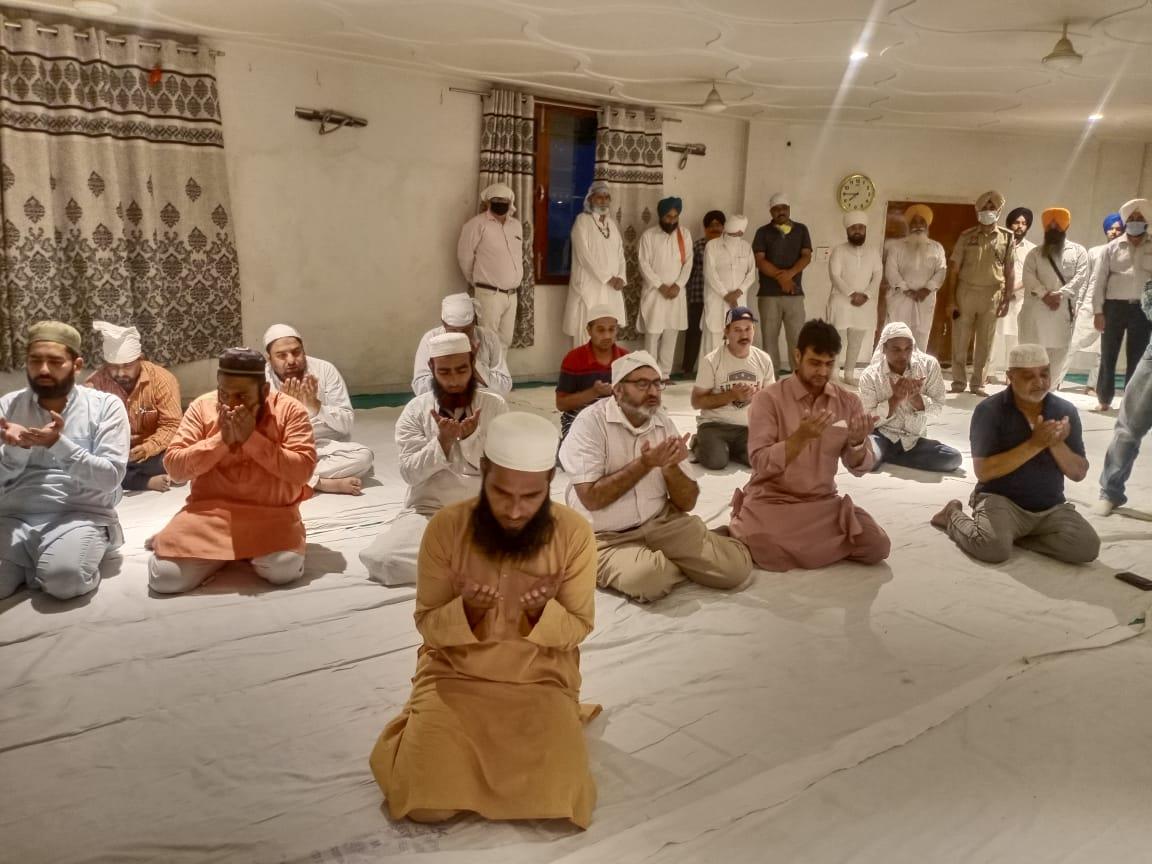 Setting another example of communal harmony, namaz and gurbani path were performed simultaneously in Gurdwara ‘Sahib Haa Da Naara’ (Regd) at Muslim majority town of Malerkotla of the district.

Members of gurdwara management committee, Namdhari Mission, Sanatan Dharm community and police officers jointly organised a party for the members of Muslim community on the opening of 29 Roza (fast) last night, but by taking care of social distancing to prevent the spread of COVID-19.

“The gurbani path was going on in main hall while namaz was offered in another hall of gurdwara by our Muslim brothers. The main purpose of organising the party was to reconfirm that we all are united,” said Narinderpal Singh, Head Granthi of Gurdwara Sahib.

Members of Muslim community said visiting the historic gurdwara was not a new thing for them as they had been coming to this gurdwara since their birth.

“Every time whenever pass this gurdwara, we bow our head because our religion has been teaching us to respect all religions,” said a local member of Muslim community after offering namaz in gurdwara.

It is not first time that local gurdwara has taken steps to strengthen their ties with local Muslims, but after the lockdown in March, the gurdwara management committee had started serving langar to a local Madrassa, where students of others states were stuck.

Apart from serving langar to Madrassa students, gurdwara management committee had also served langar to around 1,000 other needy and poor residents of city during lockdown.

“We have defeated corona in Punjab because we have the blessings of all religions. Last night’s party was another example of brotherhood,” said Manjit Singh Brar, SP Malerkotla.