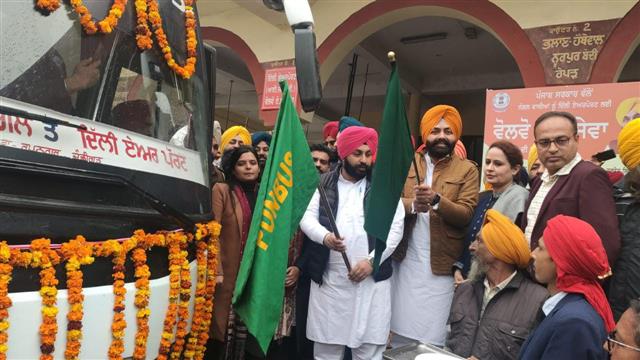 The one-side fare for availing the service has been fixed at Rs 1,130.

Bhullar said, “The monopoly of private companies had ended with the launch of the government Volvo bus service from to the airport in Delhi.”

The minister also announced that a shopping complex would be constructed at the Nangal bus stand soon.