Jobs to sons of Congress MLAs a recognition of their families’ sacrifices, declares Punjab CM 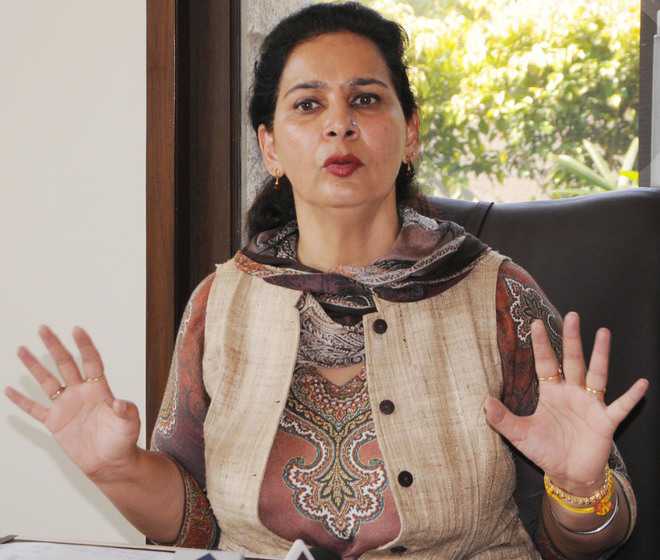 After five ministers opposed the move by Chief Minister Capt Amarinder Singh to appoint sons of MLAs in government jobs, Fatehgarh Sahib MLA Kuljit Nagra opposed the appointments. He sought rollback of the decisions by the Cabinet.

Sidhu’s statement came a day after the Punjab government decided to appoint sons of two Congress MLAs as a police inspector and a naib tehsildar as a “special case”.

The decision to appoint sons of two Congress MLAs Fateh Jung Singh Bajwa and Rakesh Pandey on the “compassionate” ground was taken in a Cabinet meeting.

Arjun Pratap Singh Bajwa was appointed as an inspector in the Punjab Police and Bhisham Pandey as a naib tehsildar in the state’s Revenue Department.

Talking to reporters at Chaura village in Sanour constituency in Patiala, Navjot Kaur Sidhu said no post should be given to anyone without merit, especially those who were already financially well off.

Rather jobs could have been given to a sportsperson or ward of a freedom fighter, said the wife of Congress leader Navjot Singh Sidhu.

“I do not think that without passing any test you can join as a tehsildar or join the police,” she said.

To a question on Navjot Singh Sidhu, she said the party has asked him to wait.

“After their (party high command) decision comes, then he will take a decision that is in the interest of Punjab,” Navjot Kaur Sidhu said.

He had even refused to join Kapil Sharma’s show and rejected a Rs 10 crore contract for a cricket tournament, she said.

To a question on contesting from Patiala in the upcoming state assembly polls, she said she would fight from wherever the party decides.

MLA Gidderbaha Amarinder Singh Raja Warring too has appealed to Fateh Jung Bajwa and Rakesh Pandey not to accept the government jobs offered to their sons.

Jobs to sons of Congress MLAs a recognition of their families’ sacrifices, declares Punjab CM

Meanwhile, defending his government’s decision to give jobs to sons of two MLAs, Punjab Chief Minister Capt Amarinder Singh on Saturday termed it a recognition of the sacrifices made by their grandfathers, who laid down their lives for the country.

Interacting informally with mediapersons outside the residence of Late Milkha Singh, where he had gone to pay his last respects to the legendary athlete, the chief minister said those who make a sacrifice for the nation can, and should, never be forgotten. Their families deserve to be compensated for the loss, he added.

Taking a dig at the Shiromani Akali Dal (SAD) and the Aam Aadmi Party (AAP), which have criticised the government’s move, the chief minister said if these parties provide names of any youth whose father/grandfathers have made similar sacrifices for the nation, they will also be provided jobs in the state government. In fact, remarked Capt Amarinder, he had tried to find such persons in these parties but could find none.

The chief minister was responding to a question on the decision to give government jobs to Arjun Partap Singh Bajwa, son of Qadian MLA Fateh Jung Singh Bajwa, as inspector (Group B) in Punjab Police, and Bhisham Pandey, son of Ludhiana MLA Rakesh Pandey, as Naib Tehsildar. The names of Arjun Bajwa and Bhishan Pandey were cleared by the state Cabinet yesterday.