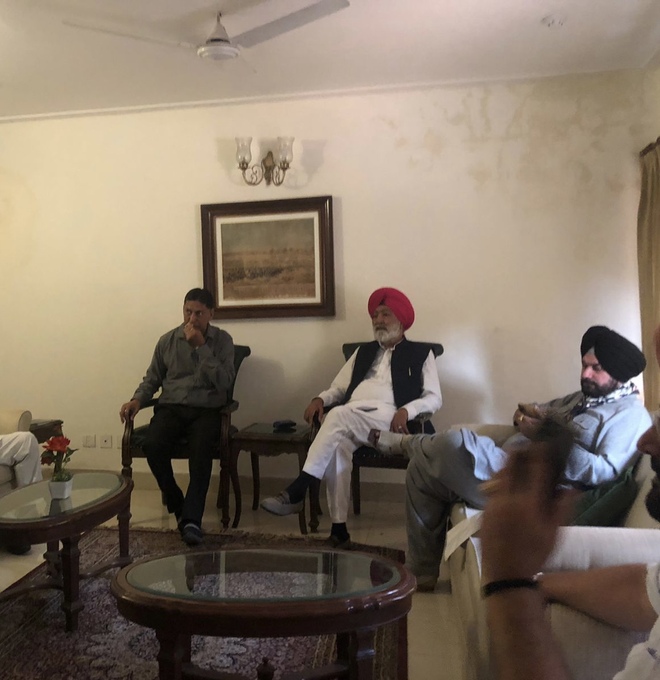 PCC chief Navjot Sidhu at a meeting of working presidents.

Days after pitching for his 13-point agenda to be included in the party manifesto for the Assembly poll, PCC chief Navjot Sidhu today resumed the exercise of finalising the names of party’s district presidents and district-level working presidents.

A Sidhu aide said the new body of the PCC would be put in place soon. The list of district presidents in Doaba and Malwa to be sent to the AICC is learnt to have been finalised, but the one for the Malwa region may take some time. To speed up preparations for poll campaign, Rawat will chair a meeting of the PCC president and the working presidents next week. At least two companies to be hired for election campaign and field surveys have already been shortlisted.

Sources said though Sidhu has been seeking the Advocate General’s (AG) replacement and arrest of big fish in drug trafficking, the high command has asked him to focus on bringing the party back to power.

“We have to go into the elections with CM Channi and Sidhu, besides a prominent Hindu face. Apart from the issues, the campaign will focus on the three leaders,” said a senior party leader.