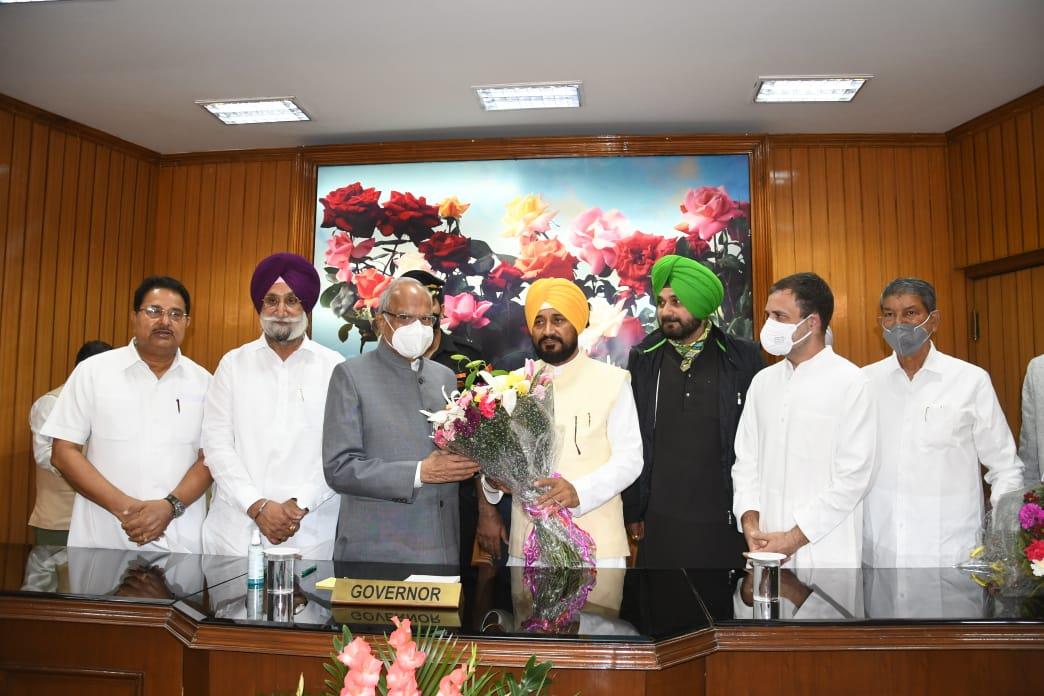 OP Soni (extreme left) with the Punjab Governor and other Congress leaders.

Last-minute deliberations on the need to balance internal and caste equations in the sensitive poll-bound state of Punjab resulted in OP Soni outpacing Brahm Mohindra in the race to deputy chief ministership.

Phones worked through the night to understand the implications of the final decision and ultimately Congress president Sonia Gandhi settled for Soni, a five-term MLA from Amritsar Central over Mohindra, a six-term legislator currently representing Patiala Rural.

With Soni’s appointment the Congress has balanced internal power equations in the party and in Amritsar, PPCC chief Navjot Singh Sidhu’s stronghold.

“OP Soni is someone who used to defend the Congress most staunchly when Navjot Singh Sidhu would attack us while being in the BJP. Soni’s appointment balances the power equations within the Congress and signals to cadres that the party stands with its loyalists even as it trusts recent joiners. It’s also an effective balance to Sidhu,” said a Congress leader who had a direct role in proposing Soni’s nomination over Mohindra’s.

Even on caste equation within the Hindu segment which the Congress seeks to reach out to through the appointment of a deputy chief minister from the community, a powerful segment in AICC batted for the nomination of a Hindu Khatri as caste factors were discussed to achieve the right mix of social engineering.

Finally what helped was that within the Punjab power circles, Soni is known for his proximity to former prime minister Manmohan Singh, who had intervened to propose Soni’s name as a minister in the Punjab government in 2017.

Soni who was left out of the state cabinet in the first go in 2017 was eventually included a year later.

Incidentally, both Mohindra and Soni had been siding with Capt Amarinder singh during the current crisis. Mohindra held important portfolio of Local bodies. Sources said Sidhu played an important role in the selection of the deputy CMs.