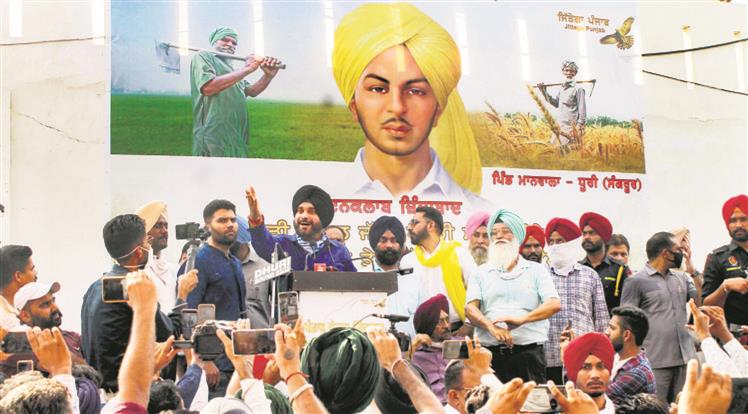 On a day Capt Amarinder Singh kickstarted a campaign against the Centre on the farm Acts in Jalandhar, his former Cabinet colleague Navjot Sidhu today held a rally at his ancestral Manwala village where he asked farmers to join politics and elect their own MLAs to raise their voice effectively.

“The MSP has not seen the requisite hike for the past many years, but the salaries of government staff had increased manifold. When the country was dying of starvation, our farmers produced crops, but now when it has sufficient food, the Centre has passed black Acts to end the MSP,” he said.

He urged farmers to unite under slogan “Punjab ekta, kisan ekta” to oppose the Centre. “Farmers should elect their own 10-12 MLAs to raise their voice effectively in the Assembly. I will share this idea in each village to make farmers aware about their power,” said the former minister. — TNS