Navjot Singh Sidhu bats for trade with Pakistan via Attari 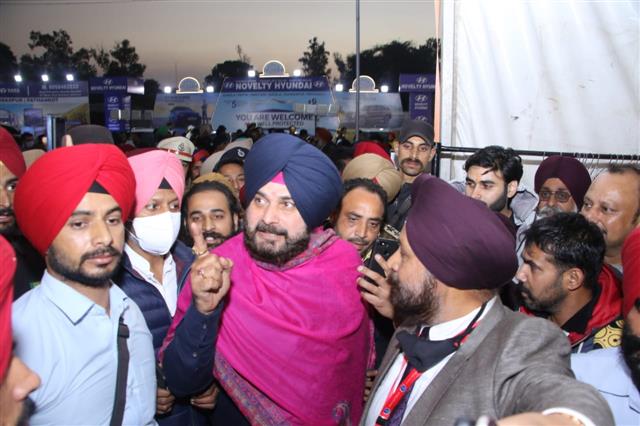 PCC chief Navjot Singh Sidhu today questioned the Centre for allowing trade with Pakistan through Karachi and Mumbai, while halting it between Amritsar and Lahore.

This has resulted in a loss of Rs 4,000 crore and 15,000 jobs to Punjab over the past 34 months, said the PCC chief during a visit to trade exhibition ‘PITEX’ here.

There is no shortcut to success, but the ICP is. Entire Europe was devastated following World War II but they revived their economies within 10 years by opening up their borders. Navjot Singh Sidhu, PCC Chief

He asserted mischievous elements could not be stopped because the border was porous. Cargo from the North should be exported through the Integrated Check Post (ICP) at the Attari-Wagah Joint Check Post and not routed via the ports of Maharashtra and Gujarat, he said.

The ICP could open up trade opportunities with 34 countries beyond Pakistan, generating business worth Rs 2,75,000 crore ($37 billion) per year, he said, adding it currently stood at $3 billion. “It is not even 5 per cent of the total potential.”

“This is the roadmap for development of Punjab by raising income of farmers and providing adequate employment opportunities,” said the PCC chief, adding it would enable farmers to sell crops to other countries.

“There is no short way to success, but the ICP is. Entire Europe was devastated following World War II but they revived their economies within 10 years by opening up their borders,” said Sidhu.

He favoured giving the minimum support price to farmers on cereals and pulses, which the country imported from overseas. He lashed out at the Centre for increasing debt on the FCI by Rs 4 lakh crore in the past five years, saying it stood at Rs 91,000 crore during 60 years. 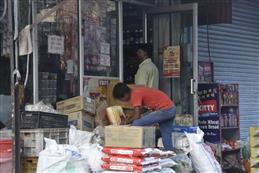