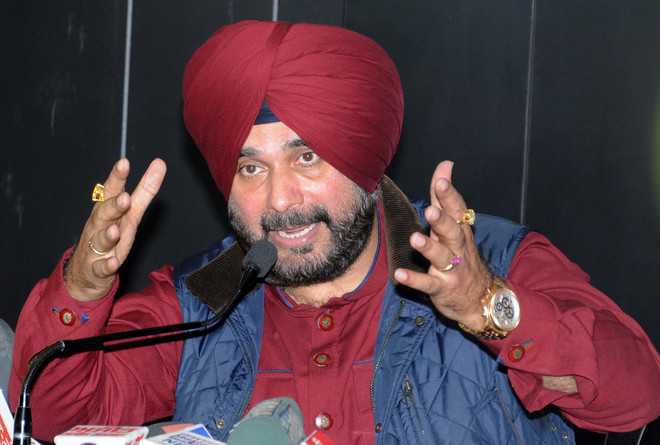 Sad !! Due to incompetence of Home Minister, Govt is forced to accept orders of the High Court, which the People of Punjab are standing up against. Giving 6 months to New SIT, extends the delay of Govt’s biggest poll promise, unfortunately up-to next elections code of conduct 1/2 pic.twitter.com/gITIvcIwD9

The Punjab government had on Friday announced setting up of a new SIT under Additional Director General of Police (ADGP), L K Yadav. The government had directed the SIT to wrap up its probe within six months.

Sources said Sidhu tweet was triggered after some of the ministers during a recent cabinet meeting objected to six months time being given to the new SIT. On being informed by a senior government functionary about the SIT being asked to probe within six months, the ministers said it was yet another delay tactics.

After failing to get any santisgactory reply on early deadline for the SIT to complete the probe, a minister said, “Is someone in the bureaucracy taking decision on behalf of the Chief Minister and not the Chief minister himself” said a senior cabinet minister.

Congress MP Partap Bajwa has already demanded the SIT report should be given in one months time.

The cricketer-turned-politician, in a series of tweets, took a dig at the Chief Minister who also happens to hold the home portfolio. ``Sad !! Due to incompetence of Home Minister, Govt is forced to accept orders of the High Court, which the People of Punjab are standing up against. Giving 6 months to New SIT, extends the delay of Govt’s biggest poll promise, unfortunately up-to next elections code of conduct,’’ Sidhu said in a series of tweets.

Tweeting further he said, ``Injustice caused by deliberate delay is betrayal of People’s Mandate. After Multiple Inquiry Commissions, SITs and passage of 6 years, evidence has weakened while accused have gained in wisdom, making their defence stronger due to repetitive investigations on the same matter.’’