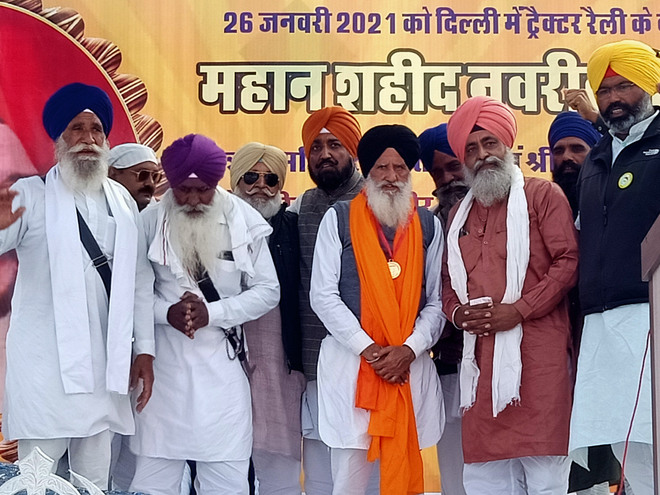 Farmer leaders on Monday paid tributes to Navreet Singh (27), who had died during the Republic Day tractor parade in Delhi, and described him as a “martyr” of the farmers’ movement, during a prayer meeting held on the Abohar-Hindumalkot-Sriganganagar road here.

Kisan Morcha activists, led by Kuldeep Singh of Hanumangarh, presented a gold medal to Navreet Singh’s grandfather Hardeep Singh Dibdiba, who is a renowned littérateur and chairman of the Rajasthan Gurdwara Prabandhak Committee (ad-hoc). The prayer meeting was attended by representatives from several farmer associations and local dignitaries.

The leaders slammed the Central Government for its “indifferent” attitude towards their demands and said the martyrdom of young farmer Navreet Singh would not go in vain.

“The victory of the farmers’ movement will be a true tribute to him. It is unfortunate that BJP leaders are making fun of our agitation despite the deaths of 200 farmers,” they said.