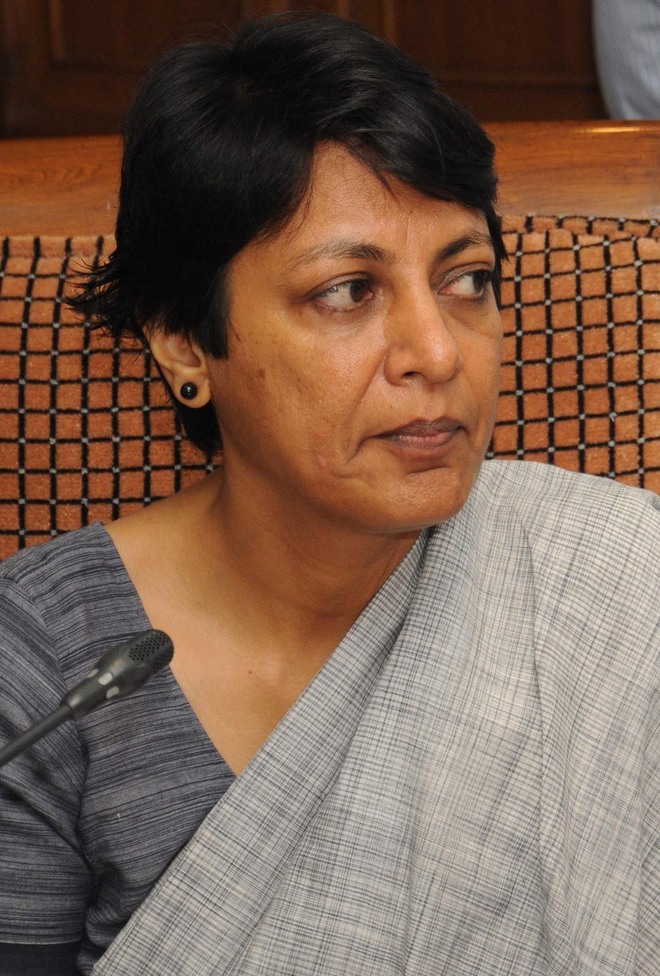 Vini Mahajan, the wife of state DGP Dinkar Gupta, on Friday took over as the first woman Chief Secretary of the state, superseding five officers. This is perhaps the first time any power couple serves simultaneously as the Chief Secretary and the DGP of a state.

A 1987-batch Indian Administrative Service (IAS) officer, Vini replaces Karan Avtar Singh. She has 33 years of experience in a host of key positions in both Central and state governments. Karan Avtar Singh takes over as the Special Chief Secretary, Governance Reforms and Public Grievances. Vini has been playing a key role in the government’s response to the Covid crisis as the Chairperson, Health Sector Response and Procurement Committee.

Most of the officers superseded by Vini Mahajan are scheduled to retire before 2022, when the state Assembly elections are due. By appointing her on the top position, Chief Minister Capt Amarinder Singh has ensured continuity in the state’s highest administrative hierarchy in the run-up to the elections, as the next one-and-a-half year is very crucial for the government.

Her appointment also comes at a time when the corridors of power were abuzz with the removal of Karan Avtar Singh from the post after his recent face-off with Cabinet ministers on the excise policy. The ministers, led by Finance Minister Manpreet Badal, had boycotted a pre-Cabinet meeting on the excise policy after "objectionable" comments by the bureaucrat. Though the CM had hinted at allowing him to continue till his retirement on August 31, 2020, the appointment of Vini Mahajan at this time has taken many by surprise. “The move has ensured that any political intervention from the Central party high command in favour of any other officer is nullified. The new appointment will set new power equations in the Chief Minister's office," said a source.

Meanwhile, Karan Avtar, who is tipped to take over as the Chairman of the Punjab Water Regulation and Development Authority, proceeded on a two-month leave after handing over the charge to Mahajan. The officers superseded by the new Chief Secretary are 1984-batch officer KBS Sidhu and 1985-batch officers Arun Goel, Satish Chandra, Kalpana Mittal Baruah and C Roul. — TNS